The White Plains Examiner
October 4, 2022October 7, 2022 Rick Pezzullo Greenburgh
We are part of The Trust Project

The Greenburgh Town Board heard an earful from residents and others last week on proposed regulations regarding the sale and distribution of cannabis.

Last year, the Town Board opted into the Marijuana Regulation and Taxation Act (MRTA), which was enacted in New York State on March 31, 2021. That law legalized recreational marijuana and also opened the door for retail cannabis dispensaries and consumption sites to set up shop in all communities.

Each municipality had until December 31 to adopt a local law that prohibits such businesses, which is referred to as opting out of the regulations. If no action was taken, municipalities were automatically opted in, but they could pass legislation that governs the hours and locations of the businesses.

Greenburgh only welcomed dispensaries and is considering zoning text amendments that would only allow dispensaries for recreational cannabis and medical marijuana in the town’s Planned Development (PD) District.

The law would also allow, by special permit only, the cultivation, processing and warehousing of cannabis in three separate zoning districts, both those uses are considered unlikely in Greenburgh based on the amount of space needed for such ventures.

“I think the law as written puts the town in a good position,” said Garrett Duquesne, the town’s Community Development and Conservation director.

The Greenburgh Planning Board recently unanimously opposed the Town Board’s proposed law, maintaining restricting dispensaries only in the PD District would result in a loss of revenue.

Any tax revenues on local sales of marijuana and other products would be distributed as a 9% excise tax to the state, 3% to the municipality and 1% to the county. Tax collections from the adult-use cannabis program are projected to reach $350 million annually.

“I don’t fault the town for doing what it did, but what you have written makes little sense,” Planning Board Chairman Hugh Schwartz said during the Sept. 28 public hearing. “Greenburgh isn’t a bubble. White Plains already has a dispensary downtown. Unless you build a wall, they will get the marijuana any way. We need the tax revenue.”

Several speakers questioned why such facilities were being banned on heavily traveled Central Ave. and Route 119 in Greenburgh.

“I cannot understand why you want to stick to prohibition,” Louise Chereko remarked. “It’s legal. There’s security. Everything is locked up. They ask you for ID. There’s still bootleg marijuana. By keeping it bootleg people are going to die.”

First Community Baptist Church Bishop Dr. Wilbert Preston, who noted he was a drug addiction counselor, cautioned about the dangers of cannabis use.

“Legalizing a substance doesn’t make it any less deadly or for a person to be addicted to it,” he said. “Marijuana is more addictive than alcohol. It’s becoming the drug of choice.”

The MRTA limits the number of licenses that can be owned by one company, ensuring that small businesses have an opportunity to compete in the new market.

The Town Board adjourned the hearing until its Oct. 12 meeting. 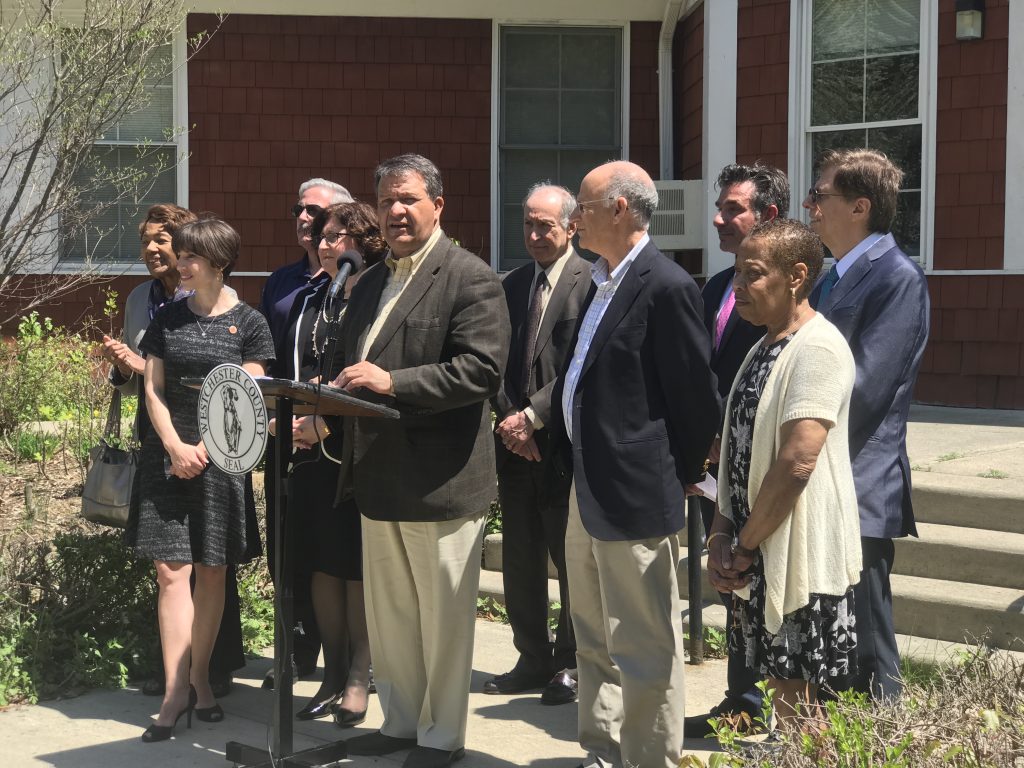