Skip to content
Government The Examiner
October 27, 2021February 22, 2022 Abby Luby Pleasantville
We are part of The Trust Project

The Pleasantville Village Board was expected Monday night to schedule a public hearing for next month to opt-out of allowing marijuana dispensaries as discussions continued about whether the municipality should allow retail sales.

A resolution for a Nov. 22 hearing was placed on this week’s agenda.

“Selling marijuana is a heavily-regulated industry with strict zoning laws specifying distances from schools and houses of worship,” he said. “Ultimately the village zoning code might be changed.”

About 25 people attended the Oct. 18 meeting in-person to weigh in on the issue. Several additional residents participated through Zoom.

At the meeting, many asserted that retail marijuana sales within the village would lead to increased use and drug addiction. Some residents were anxious for the board to already propose a resolution to opt-out because other Westchester towns and villages have already done so.

“We’re not dragging our feet,” said village Trustee Nicole Asquith. “We want everyone to have a chance to voice their opinion. Whether we opt out now or in December, there is no greater risk.”

Scherer explained how municipalities statewide lobbied hard for the right to opt-out.

“At one point in time that seemed unlikely, but they gave it to us and I give the state credit for that,” he said.

Parents with teens were adamant the village should not allow sales. Resident Michael DeGiglio, a licensed pharmacist and parent of a 13-year-old and an eight-year-old, said marijuana was highly addictive.

“Don’t let it be legal here,” DeGiglio said. “My 13-year-old walks around town with his buddies all the time. So please think really hard about what you’re going to do.”

A mother of two teens, resident Susan Todd, said when she was out walking earlier that day, she saw five youngsters smoking what appeared to be pot in the park.

“The studies and experiences that have been presented by Pleasantville STRONG show that it definitely leads to more drug experimentation,” Todd said. “We’re all working to keep kids as healthy as possible.”

Resident Nancy Cande disputed that marijuana was a gateway drug to heroin or opioids.

“What I do fear is the adamant nature of controlling the use of this by kids,” Cande said. “The more you try to hide it or take over, kids are going to find a way to use it.”

A dispensary yielding tax revenue for the village is of little interest, said Scherer.

“There’s not enough money there that would make any difference and that concern is not on the table.”

Under the Marijuana Regulation and Taxation Act approved by the state legislature earlier this year, there would be a 13 percent tax levied on all retail marijuana sales. The state would receive 9 percent, the host municipality 3 percent and the county 1 percent.

Pleasantville must notify the state by Dec. 31 if it decides to opt-out. A decision to opt-out in time can later be reversed. If a municipality decides to permit dispensaries, no action needs to be taken but officials would be unable to change their minds.

A resolution to opt-out is subject to a permissive referendum, which would require 1,041 signatures of enrolled voters within the village – or 20 percent – to appear on the ballot in Pleasantville’s next election in March. 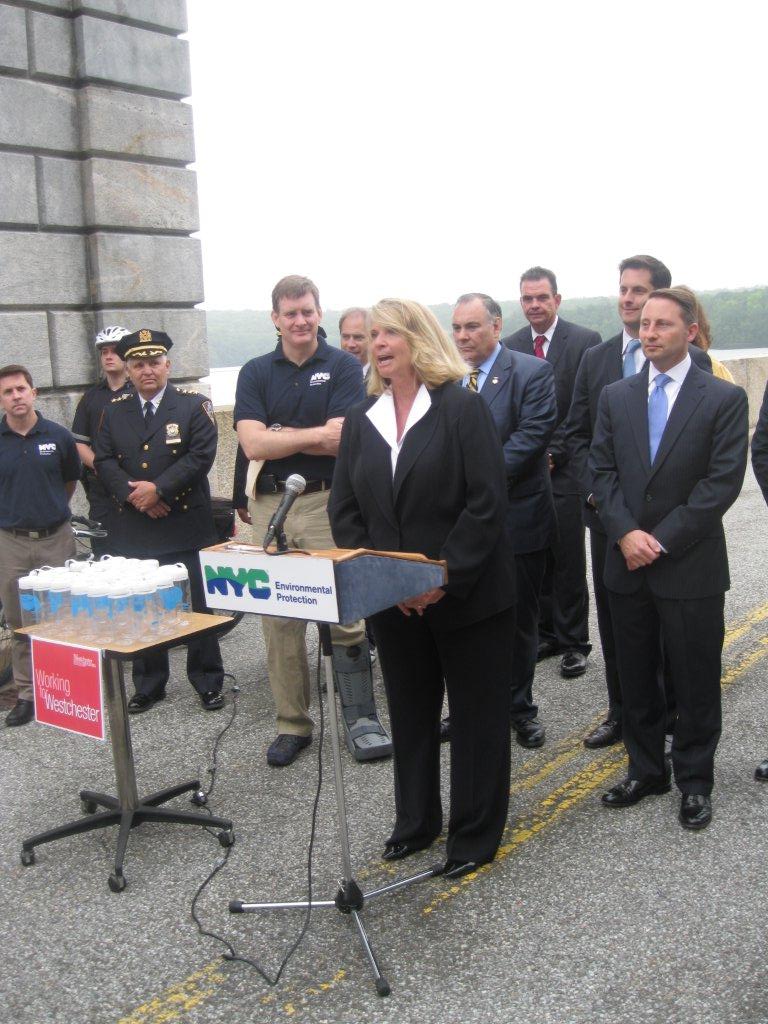