A mixed-use project for the former Chase Bank building at 444 Bedford Rd. and adjacent lots in Pleasantville is being considered as several residents voiced objections last week to the pace of development in the village.

Property owner Beldotti LLC shared preliminary plans last week in what was called an informal joint meeting with the Pleasantville Planning Commission and Architectural Review Board to collect feedback before a formal application may be submitted.

The 97-year-old building is located on the southeast corner of Wheeler Avenue and Bedford Road. Although not on the national historic register and, therefore, without landmark status, it is considered by many village residents to be iconic.

Chase Bank vacated the building just before the start of the pandemic and relocated to 35 Washington Ave. Currently, there are a few small businesses operating within the five-story building.

Michael Beldotti said his family has owned the property since 1980.

“We’re excited about being here,” Beldotti said. “When my dad was a young guy, this was a blue-collar town and we are seeing that Pleasantville has evolved to being a great place to have a business and own property. We are going to keep the building as it is with an enhanced residential development. We’d like to preserve the building for another 100 years.”

Presenting the proposed project for Beldotti was Jorge Hernandez, an architect with ARQ Architecture P.C. in Ossining. Hernandez presented plans that call for the existing building to be part of a larger complex with 40 rental units and one commercial space to potentially house one business such as a coffee shop that could be frequented by commuters.

The project, called The Landmark at 444, would feature some apartments in a new adjacent complex along with others in the existing building. Preliminary plans call for 22 one-bedroom and 18 two-bedroom units with 49 parking spaces. Amenities would include a gym and a meeting facility.

Rooney suggested a village moratorium on new construction, a comment that garnered loud applause by other residents in the room.

Planning Commission member David Keller said that moratoriums were previously enacted by the Village Board.

“Once we get a formal application there will be a state Environmental Quality Review (SEQR), which is an environmental assessment that will include how it impacts the village from traffic to walking,” Keller said.

Forty-year resident Barbara Lenahan criticized the renderings, which appeared to show that the project would fail to blend in with the character of the village. She also commented that there has been an excessive amount of development in the community.

“I also wish they could stop the building but if we have to build, what about building affordable places for senior citizens?” Lenahan said. “There are many older citizens who don’t want to take care of a house anymore but don’t want to leave the community. Can we scale down and think of something else beside the money?”

Feeling powerless in the building development process and wanting to become more involved was Bob Sach, a 33-year resident who claimed Pleasantville has completely changed from when he moved from the Bronx.

“What can we do to stop this? We feel we have no power and things are being done and there’s no say,” Sach said. “A majority of this village doesn’t like what’s going on. Whatever I have to do to fight this, I will fight this.”

Planning Commission member James MacDonald said he was concerned with the different facades and number of floors of the new buildings being proposed next to the former bank.

“Going from a five-story building to a two-story residential building doesn’t look like a great transition,” he said.

Other concerns expressed by the commission included the impact of additional traffic created by a new retail business, prompting members to ask for a traffic study that would evaluate rush-hour and weekend traffic and vehicular volume generated on school days.

“We all hear you,” MacDonald responded. “But it starts with the zoning code at the village trustee level. If we need to take a pause to look at changes in the code going forward, that could be a productive way to making a substantial change in the village.”

“Beldotti did a smart thing by trying to take the temperature of the room, engage the community and hear comments,” he said.

Hughes was uncertain when a formal application for the property may be submitted.

Completed projects in recent years are the Toll Brothers’ Enclave at Pleasantville on Washington Avenue and the mixed-use project at 39 Washington Ave. There are two projects under construction, at 70 Memorial Plaza and residences on Depew Street off Grant Street and the Saw Mill Parkway.

This summer it was learned that the owner of several properties on Campus Drive was looking to sell 20 acres to a developer.

Croton Seeks Applicants to Fill Board of Trustees Vacancy 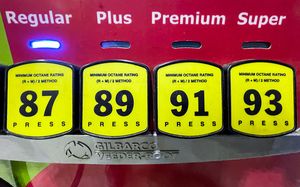 Cortlandt Looks to Pump Brakes on Gas Stations on Route 6 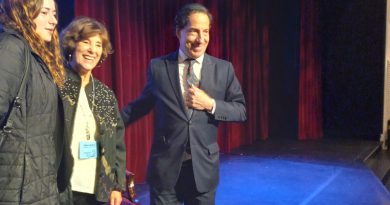