Business The Examiner
August 16, 2022August 19, 2022 Martin Wilbur Pleasantville
We are part of The Trust Project

A Westchester real estate firm has listed for sale four contiguous parcels in Pleasantville totaling 20 acres, pitching the properties to prospective buyers as an attractive site for residential development.

According to its brochure, being offered by RM Friedland Commercial Real Estate are 1 and 3 Campus Drive, 71 Bedford Road, and a parking area on Manville Lane that serves 1 Campus Drive.

Village resident Donald Carey, who lives at a neighboring property, is the current owner. The land is adjacent to the Foxwood Condominium complex.

“The subject development site is being offered as a sale with the expectation that a developer will at its own cost and expense enter into the local municipal government approval process and seek to develop the site into single-family homes, potentially as a town-house style and offer the units for sale on a fee-simple basis,” the Friedland brochure stated.

Pleasantville Mayor Peter Scherer said the property, which was listed several months ago, includes a more than 100,000-square-foot office building, which had served for many years as the emergency backup center for the Bank of New York, the former owner of the property. Except for several months following 9/11, the facility went largely unused by the Bank of New York, he said.

A smaller building of about 31,000 square feet at the site continues to be the home of Savin Engineers.

A stone mansion stood at 71 Manville Rd., the home of Hiram Manville, whose daughter had married the grandson of the King of Sweden in 1928.

About two years ago, the Bank of New York sold the property to Carey. It is zoned Campus Office (C-O) and would need a zoning change to accommodate any residential development, Scherer said.

“I know that a bunch of entities have looked at it and most of what I’m aware of are people who are interested in it would need to seek a zoning change, and I think it’s likely that a zoning change is going to be required since it’s a very odd location for a commercial use,” Scherer said.

A planned unit development is what Toll Brothers opted to do with the site of another underutilized office park on Washington Avenue, said the village’s Building Inspector Robert Hughes. It developed the Enclave at Pleasantville, a 68-unit townhouse community.

Hughes said he met with Carey regarding potential uses, but there are no specific plans at this time.

With most companies no longer needing large office buildings and many people working remotely since the start of the pandemic, the property’s days as home to a commercial enterprise is likely near an end.

“When you start to talk about the amount of land that is available – I guess they’re selling it as one – it would seem to present itself (as) something of a planned unit development,” Hughes said. “You’re not going to have an office.”

The Friedland brochure stated that if there are at least 15 contiguous acres that are assembled, it allows for the property owner to petition for a change of use and build up to five units per acre, or 100 units.

Hughes said that is true, although in the village’s zoning code there are a series of requirements that must be met to be approved for and build a planned unit development. An owner can also seek a variance or a change of use if they didn’t meet the criteria.

Marty DeGrazia, president of the Foxwood Homeowners Association, said his community is aware of the neighboring parcels being offered, and at some point, a development will likely be built.

If so, Foxwood would like to see a residential use, preferably single-family homes, DeGrazia said. He said there has been good communication with Carey, who has a right to make a profit from his property.

“Something well done would not necessarily bother us,” DeGrazia said. “(Commercial) would be a problem for us, with a lot of cars coming in there. Residential is pretty much what we think belongs up there.” 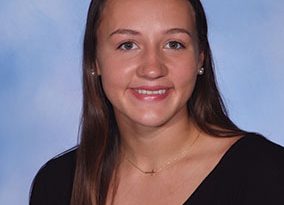