There are plenty of shops that primarily sell bagels, so why not have a bakery that produces only English muffins?

That was one thought that crossed Denise Weale’s mind when she and her family launched Dam Good English Muffins about four years ago. Today the bakery not only supplies Westchester retail outlets with four varieties of sourdough English muffins – original white, whole wheat, multigrain and cinnamon swirl – but they have robust sales with wholesale outlets, including FreshDirect, and online customers nationwide.

“When you think about it, it’s not that much different than bagels,” said Weale, who opened the bakery with her husband, Ross, and daughter, Olivia, who’s the operations manager. “They just make bagels, so we’re doing the same thing.”

Business had grown to the point where Weale moved into a 1,500-square-foot warehouse space on John Walsh Boulevard in Peekskill in spring 2020 during the height of the pandemic and has since taken over about an additional 700 square feet.

Denise and Olivia Weale and their six other employees make about 1,600 English muffins a day that are vegan, all natural and soy-free and griddled in avocado oil.

Since the muffins are made with a combination of sourdough starter and dry yeast, it doesn’t have the overpowering tangy taste that could turn off some who may not be sourdough lovers.

“I really didn’t know anybody else doing sourdough English muffins,” Denise Weale said. “We wanted to do something that was healthier, no preservatives, there’s no artificial ingredients, no GMOs, and that’s pretty much why we stayed with that.”

Olivia Weale said the process to make the muffins is more involved because of the sourdough. The flour, water and sourdough starter are mixed in large bowls, divided, and after rising, are laid out to be pressed and cut on their hydraulic press machine before being placed in the refrigerator to ferment overnight. Then the next morning, they’re griddled on each side.

After the griddling, the muffins are placed on trays that are cooled by a large fan for about 15 to 20 minutes before they are packaged. Each package contains four muffins. She said the sourdough starter is the key to the muffins.

“It’s kind of like wine. It ages and gets better over time as long as you take good care of it,” Olivia Weale said. “So we’re feeding it every single day and you dump some of the discard out so it’s fresh and it’s alive.”

The idea to start an English muffin bakery was not something that Denise Weale said she had ever contemplated, even though she and her husband are both graduates of Johnson & Wales University’s culinary program. She recalled visiting with friends one year around the holidays. After a friend shared some homemade English muffins, Ross, who has always had a passion for bread baking, declared that they were never going back to store-bought English muffins.

So, they started baking their own English muffins, and for the holidays, they gave them as gifts to friends and family. After receiving positive feedback, they thought “How about an English muffin company?”

Then one day in 2016, when taking a walk in the neighborhood, the Weales noticed a single piece of trash on the sidewalk – a Thomas’ English Muffins box. The family took this as a sign to launch the company. That box is hanging in the bakery today.

Weale signed up to sell her product at various farmers markets, then pitched them to the Croton-on-Hudson bakery Baked by Susan. That led to her English muffins being sold in additional retail locations in other communities before reaching an agreement with FreshDirect about a year-and-a-half ago, which is now one of the bakery’s largest accounts.

Olivia Weale said their muffins come in different shapes and sizes, not uniform like the larger companies’ packaged products. It’s also in keeping with the company’s commitment to social justice issues, which includes work with Caring for the Hungry and Homeless of Peekskill and other organizations.

This Saturday morning, starting at 8 a.m. and until they are sold out, the Weales will be onsite making vegan breakfast sandwiches on their English muffins at Peaceful Provisions bakery’s new store in Beacon, which will be making a sourdough-themed donut with Dam Good English Muffins’ starter, as part of a Sourdough Fest.

For more information on Dam Good English Muffins and to order online for pickup or shipment, visit www.damgoodenglishmuffins.com. 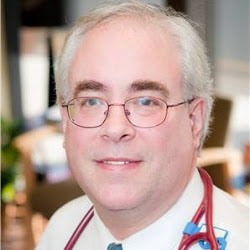