Skip to content
The Northern Westchester Examiner
January 10, 2020January 13, 2020 Rick Pezzullo
We are part of The Trust Project

The Peekskill Common Council has settled on the successor to City Manager Richard Leins.

Andrew Stewart, who served three terms as town supervisor for Orangetown in Rockland County from 2012 to 2017, will join the city on Tuesday, January 14 and officially take over from Leins on Monday, January 27.

Stewart, who holds a Ph.D. in geography from Rutgers and B.A. from Wesleyan University, will receive an annual salary of $170,000 and will serve at the pleasure of the council.

“I am honored and excited to serve Peekskill, a very special place, as City Manager,” said Stewart. “Residents, taxpayers and businesses deserve and expect outstanding city services addressing their critical needs in a timely and efficient manner. I look forward to joining the community and the city management team and doing my part to ensure our collective success with the challenges and opportunities of 2020.”

Following his tenure as supervisor, Stewart was a Senior Vice President for Research & Analysis at Hudson Valley Pattern for Progress, a not-for-profit policy, planning, advocacy and research organization whose mission is to promote regional, balanced and sustainable solutions that enhance the growth and vitality of the Hudson Valley. He also led community cleanups, beautification and educational efforts as the CEO of Keep Rockland Beautiful for 11 years, working closely with volunteer groups, schools, and local governments to reduce blight and improve quality of life for area residents.

Leins had once planned to depart from Peekskill in October 2018 but later changed his mind. He served as city manager for more than four years. Previously he served for more than a decade as village manager in Ossining and was initially  brought in as interim city manager in Peekskill by former Mayor Frank Catalina after ex-city manager Anthony Ruggiero, who butted heads with Catalina, left for a job in the City of Beacon.

“It has been my distinct professional privilege to serve the City of Peekskill as City Manager over the last five years,” Leins said. “I am proud of the shared accomplishments over this time and am gratified to leave the city in a very positive place. I look forward to working with Andrew to ensure a seamless transition of management.”

“As a former councilman and now mayor of this great city, working alongside Richard has been a wonderful experience,” Rainey said. “A great deal of our success comes from Richard’s honesty, responsibility, and competence in understanding local government. He’s been very supportive of the vision of Peekskill and keeps the best interest of the city in mind at all times. While we will certainly miss Richard, we also look forward to building our city with Andrew Stewart and benefiting from his positive energy, great ideas and initiatives, and wealth of knowledge and experience in local government.”

The all-Democratic Common Council still hasn’t announced an appointment for the council seat left vacant at the start of the year when Colin Smith was elected to the Westchester County Board of Legislators.

A city judge seat also needs to be filled after Melissa Loehr was elected to the Westchester County Court in November.

Record Participants Take the Plunge in Peekskill for a Good Cause 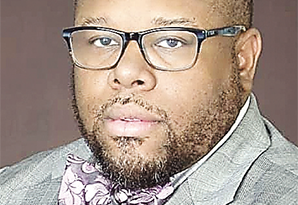