Skip to content
The Northern Westchester Examiner
March 6, 2020 Rick Pezzullo
We are part of The Trust Project

For the first time in its 56-year history, the Peekskill Lapolla Little League (PLLL) will not field any teams this year due to a lack of interest among players and parents.

The PLLL Board of Directors made the difficult decision last week after only 22 of the minimum 60 players required registered, along with an insufficient number of adult volunteers needed to run the teams.

“What makes this announcement most difficult is that, for whatever reason, many of last season’s players eligible to return did not register. Furthermore, there were not enough adults willing to volunteer as managers and coaches for the teams,” the board stated.

League organizers were planning to have at least three AA Minor (ages 6-8) and four T-Ball (ages 4 and 5) teams based on the number of players last season who were eligible to return.

The PLLL had decided earlier to partner with the Cortlandt National Little League to have its 17 nine to 12-year-old players be placed in neighboring Cortlandt.

The board stated it had actively tried to recruit players for the last six weeks in the city’s Parks and Recreation brochure, emails, Facebook and more than 1,000 flyers that were distributed in schools.

“There is belief and hope that Peekskill Lapolla Little League can come back after the loss of this season, but it is up to Peekskill to make it happen,” the board stated. “There must be a desire, a sense of urgency from the community to have a youth baseball program and, more importantly, the commitment to organize and run one. There will be a need for not just players, but adult volunteers – as managers, coaches, concession stand help, team parents, and most importantly, committee and board members.”

The 22 players that signed up for PLLL can play in the Cortlandt National Little League, or receive a refund. 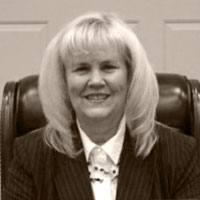