Skip to content
The Northern Westchester Examiner
March 9, 2017March 10, 2017 Rick Pezzullo
We are part of The Trust Project

The Peekskill Common Council last week unanimously passed a resolution allowing Peekskill Fire Chief Vincent Malaspina to finish the final 18 months of his term after he had submitted his resignation over a so-called nepotism policy.

Malaspina, who first joined the department as a volunteer in 1972 and has led the more than 100 volunteer member group for the last seven-and-a-half years, was prepared to step down after his son, Brian, who is in line to get a position with the paid fire department in the city, received a letter from City Manager Richard Leins stating his employment was contingent on his father resigning.

“That is cheesy. That is unprofessional to write something like that. My son shouldn’t have had to read that,” Malaspina remarked during last week’s Common Council meeting where hundreds of firefighters turned out to urge the council to support the chief. “I’ve spent my whole life volunteering and giving to the community. I do what I do because of the passion I have for it. My heart is broken because I couldn’t finish what I started.”

However, Mayor Frank Catalina, in an effort to prevent Malaspina from leaving, drafted a resolution that nullified Malaspina’s resignation and granted him a waiver of Section 303 of the city employee handbook entitled Employment of Relatives that the council felt didn’t apply to firefighters.

“This was off our radar screen because we were told over a year ago that the chief would have to resign and the chief said he would not stand in the way of his son. None of us knew this would be an uproar in the fire department,” Catalina said at the meeting. “It exploded in all of our laps.”

Deputy Fire Chief John Pappas, representing the throng of firefighters in attendance, said many fire officials have family members in the department, therefore the policy didn’t apply to firefighters “because of our unique makeup.”

Former Mayor Mary Foster concurred with Pappas’ interpretation of the intent of the city policy.

“In all the years we never applied this employment practice to the volunteer fire department because we understood the history of this city to the fire department,” Foster said. “I look at this at the end of the day as hurting people.”

Deputy Mayor Drew Claxton said the council would take a closer look at the policy and possibly amend it so it’s “more specific” in terms of dealing with firefighters. 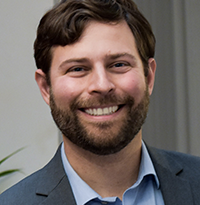