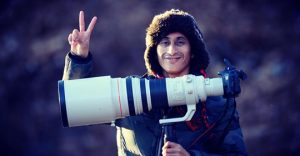 A well-liked photographer with ties to Peekskill was deported back to his native Yemen on January 28, sending shockwaves through his circle of friends and admirers.

According to a published report, Hazaea Alomaisi, 42, better known as Anwar, who had resided in the United States for the last 22 years, had a regularly scheduled meeting with Immigration and Customs Enforcement (ICE) officials on January 24, and instead of just being sent home, he was transported to the Hudson County Correctional Facility in Kearny, New Jersey, where he stayed for a few days before being deported without being given a chance to appeal or say goodbye to his family.

Alomaisi last lived in New York City, according to his Facebook account, but he spent a lot of time in Peekskill, especially near the Hudson River waterfront capturing the beauty of nature and the environment.

“Anwar is a tremendous asset to the photography community and a friend to all. It would not be an overstatement to call him the pied piper of wildlife photography,” Paul Vincent stated on Facebook, who noted Alomaisi was an administrator of the Peekskill NY Facebook account.

“He always knew where all the birds were and would let anyone with a camera tag along and shoot alongside him as some of us occasionally did,” Vincent continued. “This is a tragic loss and a horrible act of violence against our humanity and our community. Our support for him is unwavering and our prayers for his return will be unending. We look forward to hearing from him.”

“I met him a few times along the river. He was a good guy and a talented photographer,” Dan Theodore stated. “He came from war torn Yemen and spent his days photographing the bald eagles on the Hudson. We couldn’t ask for a more patriotic American who found beauty everywhere he looked. Shame on us.”

Alomaisi came to the U.S. on a tourist visa in 1998 and reportedly tried to obtain legal status several times without success. He studied photography at Westchester Community College and often photographed events and celebrations for Yemeni and other Arab individuals. He had no criminal record.

“I’m sorry for the loss to the community. After reading through this thread I am left wondering what type of place America is becoming,” Peekskill resident Bobby Heckler stated on Facebook. “We deport a man who celebrated life, the natural world, and our community; he enhanced so many lives. But left in our midst are men who celebrate sending someone like Anwar to a place filled with danger and uncertainty. Men with nothing to offer but smug platitudes about the law. Laws that are nothing more than a transparent veneer they wear in an attempt to hide their true agenda and motivation, hate and fear. They add nothing of value to our lives.”

“This is absolutely heartbreaking news. Anwar has been a well-loved member of the Peekskill community for years,” stated Westchester County Legislator Colin Smith (D/Peekskill). “I remember seeing him all the time down at the old Joe’s Minimart on Highland where he worked. He was always quick with a smile or a kind word. His family must be devastated. I will be reaching out to our federal representatives today to ask if there is something they can do to intervene. Unfortunately, the fact that he has been already deported makes the prospect of his return much more complicated.”

“We have a deeply broken immigration system. I get that we are in a hyper-political year and anti-immigration posturing is a dog whistle for some people. However, let’s not lose sight of the historically proven fact that immigration has always enriched America,” stated Westchester County Legislator Catherine Borgia (D/Ossining).

“People say ‘he never bothered to become a citizen,’ as if that’s something you can do by registering at your local supermarket. We have a broken system. It’s very difficult to become a citizen and it often takes years,” Borgia added. “We have to reform so that there is a path to citizenship especially for law-abiding people who contribute positively to our communities.”