Blistering Briarcliff Leads Class B Field, Ranked No.3 in

We start off with an #UPSETALERT!

The week started in brutal conditions last Monday/Tuesday and the results were equally brutal for host LAKELAND, which suffered a 3-1 loss on a wet and bitter Tuesday to rival WALTER PANAS, which chalked up a 3-1 triumph… the Panthers’ biggest in quite a few years and just the second time the Panthers knocked off their crosstown rival Hornets in 18 years.

Lakeland Coach Tim Hourahan was not pleased, to say the least, and will likely see his state-ranked (No.16) Hornets fall from the next state rankings.

“Very disappointing result for sure, and I did not see it coming after how we played over the last two weeks, scoring 24 goals in three games and also how we have been training,” the 18-year head coach said. “This is only the second time we have lost to Panas in my 18 years coaching at Lakeland with over 30 games played. We gave up a goal two minutes into the game and created many chances in the first half to get the equalizer, if not more, but came away with nothing. We did not get our goal until the last 10 minutes of the game and Panas was there to win the game, and they found a way to the finish line.

“We have four games left in the regular season,” he added, “and for sure we need to continue to raise our level. The league title and a chance at a higher seed is all on the line before sectionals.”

For Panas, it jumped from No.20 to No.17 by virtue of the win while Lakeland dropped from No.5 to No.8. That’s why every single game has to be played at the highest level going forward, because high seeds and home fields matter.

YORKTOWN opened the week with a 5-0 shutout of John Jay CR last Tuesday behind two tallies apiece from Nick Varela and Michael Munson and a pair of first-half assists from David Beitler. Anthony Spina also scored for the state-ranked (No.2) Huskers (13-0). It was Yorktown’s ninth shutout through 12 games and they added to that total in Thursday’s 3-0 win over host SOMERS, the reigning NYS Class A champs.

As per the norm, David Beitler spotted the Huskers a 1-0 lead right off the bat, taking a nifty cross from Sean Horlacher with just over a minute gone by. In the game’s 10th minute, Somers hotshot Brady Leitner was double red-carded for unsportsmanlike conduct and the Tuskers were up against it from that point on, minus their top scoring threat. Despite Somers (7-6, current No.9 seed) being a man down the rest of the way, the two teams exchanged typical Yorktown/Somers soccer for much of the next 60+ before thick and rangy Husker M Adrian Pjetri followed with a score off a Michael Duffy assist with 9:10 remaining in the game for a 2-0 lead. With 2:47 left in the second half, Yorktown’s Michael Munson got the easiest tap-in goal of his life from Ricky Tiberii for the final margin. Yorktown clinched at least a share of the league title and should go on to claim sole rights this week.

“We scored on time,” Yorktown Coach Zoran Milojevic said. “It is unfortunate that Somers had to play man down because it distorted what should have been a great match. Overall, we played well but were not happy for 20 minutes in the second half when, for no known reason, we were backing down and leaving a lot of room to Somers between the lines. We had missed a lot of opportunities but managed to score toward the end of the game with a beautiful Pjetri shot and Munson’s poke after a well played combination play. Happy with the results achieved.”

Somers went on to post a 2-1 win over Pelham when Alex Aguilar and Noah Hechler each scored for the Tuskers, who nobody should sleep on.

PEEKSKILL opened up with a 2-0 win over HEN HUD behind goals from Randy Tapia (6 yards out at 26 minutes of of the 1st half and Zion Arevalo chipped the goalkeeper from 25 yards out at with three minutes before the half and G  Angel Cabrera (6 saves) posted a clean sheet for the Red Devils (9-3-1), the current No.6 seed.

Peekskill went on to crush Croton, 5-1, breaking open a 2-0 halftime lead with three more in the second half. Red Devils Manny Lopez (scoring in front of the goal at ‘6 of the 1st half from a Chris Loja cross), Daniel Farez (finishing from the PK line at the ’39 of the 1st half from Chris Chalco), Chris Chalco (getting past the last defender and scoring while the GK came out at the ‘8 of the 2nd half from a Jhonnathan Tenecota pass), Dewin Chocho (at the ’19 of the 2nd half from a Jonnathan Mendieta heading flick on pass) and Jhonnatan Tenecota (from a Justin Hidalgo pass) each bagged a goal.

GREELEY’s Diego Weiss set up the game’s first goal (by Andrew Gershman) and then put FOX LANE on ice in a 2-0 shutout behind Quaker G Diego Velaso (7 saves). The Quakers are 8-2-2 and the current No.5 seed while the Foxes are 4-8-1 after a 2-01 OT loss to Port Chester. Tucker Wein set up Dennis Argueta for Foxes.

Juan Ingunza scored the game-winner for BREWSTER in a 2-1 win over John Jay CR as the Bears (2-10-2), who also saw Edwin Najera score.

CLASS AA
WHITE PLAINS started the week with an 8-1 win over Scarsdale B behind three goals apiece from Lucas Antenucci and Rhaymani Alexander, and Alexander added two more tallies in a 6-0 win over Saunders Saturday as the Tigers improved to 10-4-1, the current No.6 seed. CARMEL, at 6-7-1, is the current No.10 seed while OSSINING, at 9-3–3 in No.4. Carmel pulled off a 3-2 win over rival Mahopac when Neel Walia (2G, 1A) drilled two PK’s, one to force OT and the other in extra time. Kyle Klammer opened the scoring for the Rams. Mahopac’s Manny Perez tied the game at 1-all.

VALHALLA gained some steam early in the week in Monday’s 1-0 win over Blind Brook, which failed to mark the one guy they had to. Coach Sandro Prosperino’s Vikings (5-5-3) got the game-winning goal with minute minutes left in the game when hotshot Vincent Reyes deposited an assist from Luka Pandzic.

State-ranked (No.3) BRIARCLIFF romped North Salem to the tune of 4-1 behind three goals from striker Nathaniel Rohde, all set up by playmaker Emilio Abud-Chalita (1 G, 3 A). The top-seeded Bears (11-0-1) then went on to shutout WESTLAKE, 3-0, Thursday behind two goals from Ethan Klar and another from Rohde.

Justin Plank and Klar each scored a goal from Miles Prosperino in Saturday’s 2-0 win over Sleepy Hollow.

“From the opening whistle, we were able to control the game with their possession,” Briarcliff Assistant Coach Paul Borderno said. “Our back line did not allow a shot on goal to preserve the clean sheet.”

Miles Prosperino set up Plank and Klar for second-half goals in a 2-0 win over Sleepy.

BYRAM HILLS got two goals apiece from Zach Pero and Ryan Nichols while Aidan Heffner (2A) played playmaker in a 4-0 win over Ardsley. Bobcat G Will Harrison (4 saves) notched the shutout as the ’Cats improved to 7-3-2, the current No.7 seed. Surging Byram Hills (4-0-2 in last 6) has allowed just three goals in the last six and is rounding into typical Bobcat form as the playoffs draw near.

PLEASANTVILLE is also on a tear. The Panthers (8-3) are the current No.5 seed after winning four in a row, including a 3-1 win over VALHALLA, the current No.11 seed.

State-ranked (No.6) HALDANE made short work of Pawling in an 8-0 shutout, powered by two goals apiece from Ryan Eng Wong and Matt Silhavy. Clem Grossman, Liam Gaugler, Brandt Robbins and Max Westphal added solo scores for the Blue Devils (11-1), ranked No.6 in NYS Class C. Haldane also defeated PUTNAM VALLEY, 7-0, and held a 2-0 lead on Class AA RCK before the game was suspended Saturday. The Blue Devils have not allowed a goal in seven straight but were set to be tested by Peekskill last night. Haldane’s lone competition for the Class C title should come from Hamilton (8-4-1). 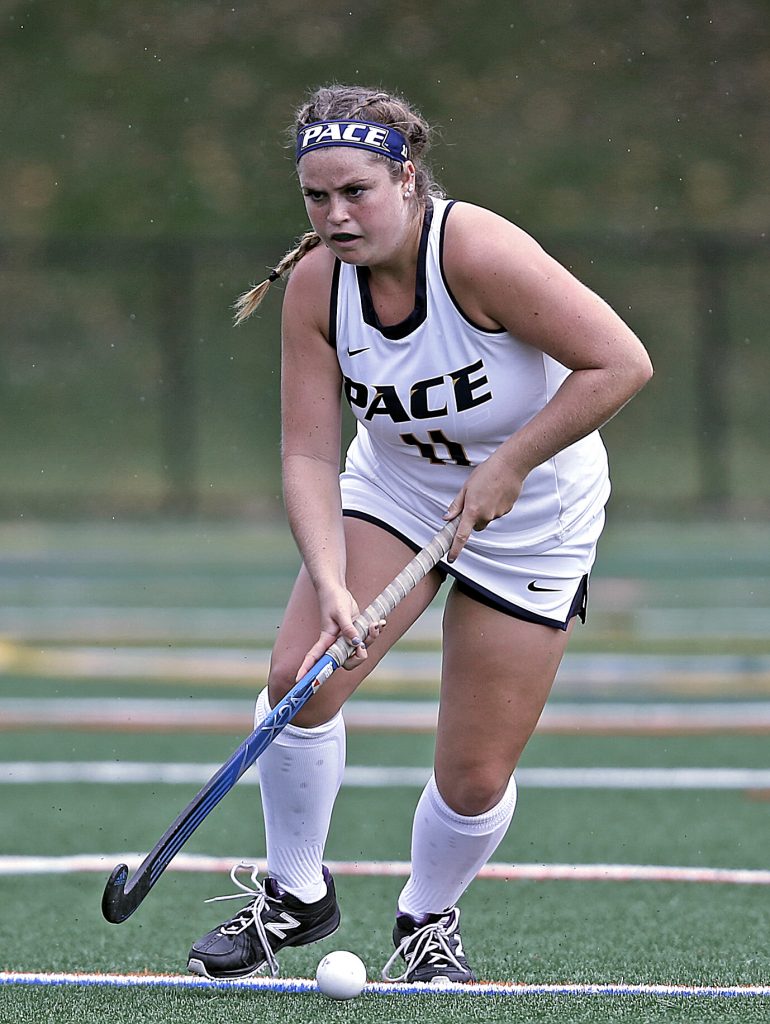 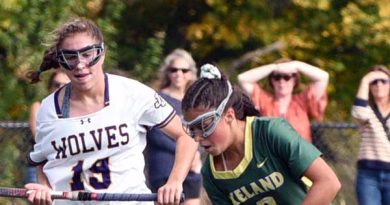 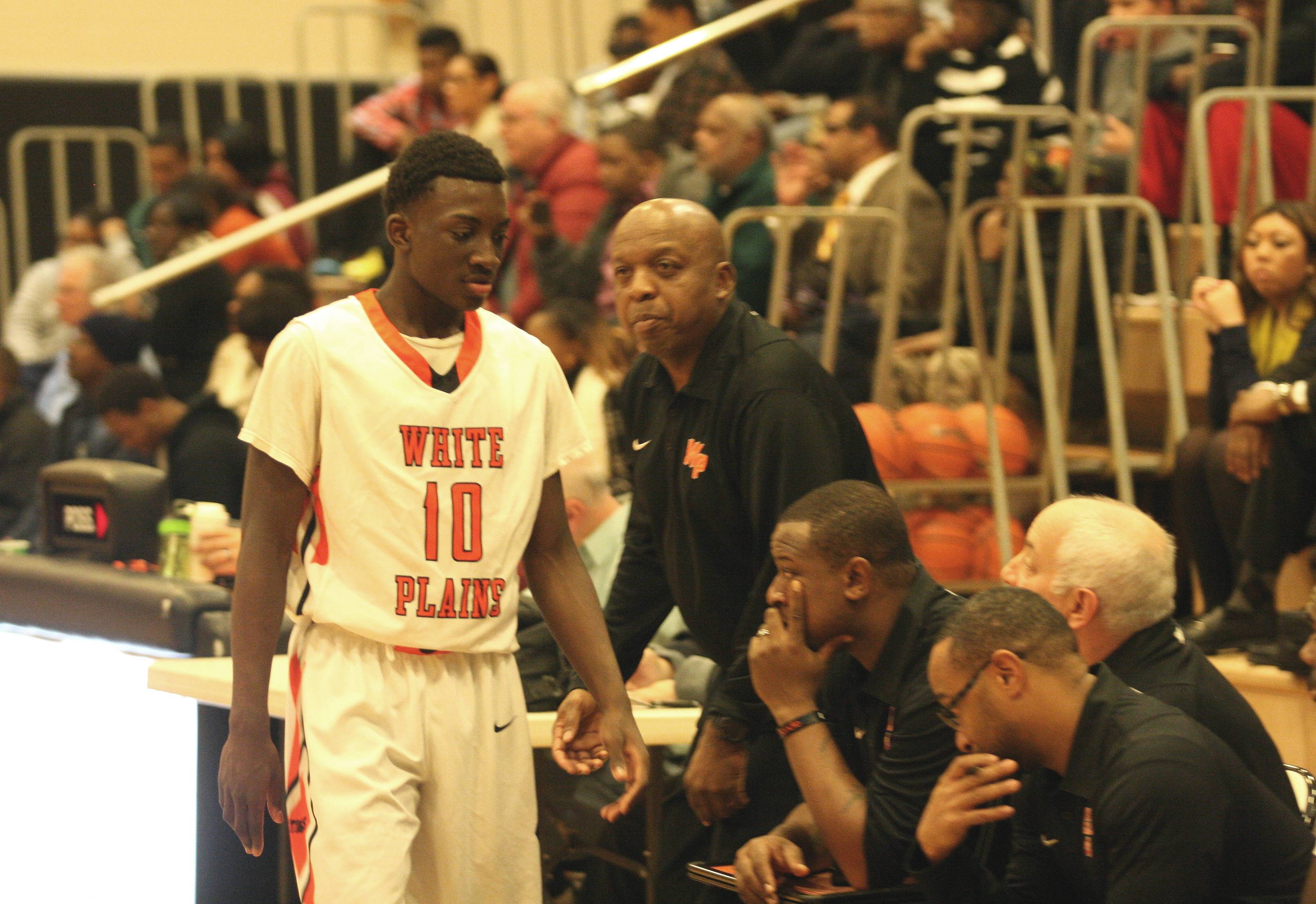