If LAKELAND can run with WALTER PANAS like the Hornets did in a pair of one-run, nail-biting losses last week, Class A baseball is going to be mighty interesting come postseason. In fact, first-year Coach Justin McCarthy’s Hornets (6-10) had veteran Coach Anthony Fata’s Panthers (13-1) on the ropes – leading 2-0 through six frames – in Friday’s 3-2 come-from-behind Panas win; until Clemson-bound SS Sam Stafura mashed a bases-clearing double in the top of the seventh and ECU-bound P Jackson DiLorenzo slammed the door shut in the bottom half.

“Sammy came up huge,” Fata understated. “And Jackson gutted out the win.”

There were impressive players all over the field, including five D-I-bound Panthers, but another player in green and gold truly stood out, that being eighth-grade Hornet sensation Devin Diaz. If Diaz, a C/3B by trade, was to stay at Lakeland, he’d draw rare comparisons to 1989 Hornet C Ben Lindsey, who was drafted by the Minnesota Twins out of Lakeland High. Diaz is of that ilk, which is why prep schools are on the hunt and Iona Prep is in the lead.

At the core of its program, Lakeland has always had some prime time players; most recently BC-star Joey Vetrano and Evan Berta, but no Hornet has ever seen the varsity diamond as an eighth-grader, including Lindsey, until Diaz, who already looks the part of a D-I prospect, this spring.

“He’s an absolute stud,” said McCarthy, who played at Lakeland alongside two-time NYS Gatorade Player of the Year Jonathan de Marte back in 2010-11. “If he stayed with us, he’ll go down in history as one of the best to ever play at a super successful baseball program.”

Many think the grass is greener at prep schools, but scouts will find prospects no matter where they play, which is why it’s more important to play where you’re comfortable, but this kid looks like he can play anywhere, including the next level.

Panas senior Aidan Cohall, who pitched the Panthers to a blustery 3-2 victory in the series opener with Lakeland, and Austin Pagliettini had two hits each in the win over the Hornets while Diaz scored a run.

In a 5-4 win over Pelham, Panas P Gavin Carlucci pitched six strong innings and Anthony Jaeschke earned the save. Travis Carlucci added two RBI while Stetson-bound C Danny Witters and BCU-bound OF Tony Humphrey, who transferred to Panas out of Iona Prep after a racially sensitive comment from an Iona Prep assistant A.D., each added an RBI.

Lakeland opened the week with a 4-3 extra-inning win over host White Plains when Justin Ramos drove home the winning run in the top of the eighth. Jason Portella drew a bases-loaded walk in the seventh to force extra innings. Joe Torres clouted a two-run home run and starter AJ Passafiume allowed two earned runs in seven innings and Ryan Done pitched the eight to notch the save.

“Three one-run games (for the week),” McCarthy said. “We’re getting there.”

Panas has several big tests to close out the regular season, including a dustup with reigning Class AA champion CARMEL and a pair with border rival HEN HUD, who handled BREWSTER, 8-3 when P Kieran Plunkett lasted five innings for the win. Closer Josh Shea recorded the final six outs for Hen Hud, who will memorialize the life and times of longtime former pitching coach Ed Lent Sr. Saturday, May 7th for a 1:30 p.m. ceremony and a 2 p.m. game against visiting Lakeland at Sunset Field.

Connor ‘Big Country’ Harbolic stroked the game-winning hit for the Sailors in a 3-2 ninth-inning walk-off win over Lourdes to open the week, but the youthful Sailors (9-7) missed out on the sweep of the Warriors and then fell to visiting Pearl River, 13-8, as well.

SOMERS had a big league week, going 3-1 to improve to 7-6-1, adding to the parity throughout Class A. The week ended in a 1-0 setback to YORKTOWN Saturday, salvaging a split of the series, and the Tuskers did manage to sweep MAHOPAC earlier in the week.

“We played really well this week,” Somers Coach Anthony Nappi said. “Our pitching was phenomenal all week. We let up four runs and just two were earned. George Creighton, Stefan Swee and Andrew Kapica were tough as nails.”

Freshman Kapica pitched a no-hitter in a 10-0 win over the Indians (4-11), a game shortened to five innings by mercy rule.He added two RBI while Kapika’s brother, senior SS Matt, came up strong for his kid bro, delivering four RBI on two hits (1 2B).

“On the first play of the game we made an error and from that point forward Andrew Kapica was in complete control,” Nappi said. “Evan Carway threw out Joey Koch on a steal and Andrew did not allow another base runner. He did an amazing job hitting spots and mixing pitches. It was honestly just fun to watch, a kid at such a young age being on top of everything.”

Swee started game 1 against Mahopac didn’t have his best stuff and battled through two innings, letting up one run until Creighton saved the day and went five innings in scoreless relief, picking up the 4-1 win.

In the Somers win over Yorktown, Creighton came back to take the start and set an awesome tone. “This kid straight up competes,” Nappi said. “He went six innings, letting up one earned run and  striking out eight to earn the win. Eddie Baranowski had a big day at the plate with three hits and four RBI.

In Yorktown’s 1-0 win over the Tuskers, the only run of the day scored on a dropped third strike that kicked away. Swee went six innings and let up no earned runs. Yorktown’s Derek Patrissi earned the win, scattering four hits over five frames while whiffing six. Cole Haddock chalked up the save with two innings of scoreless relief, allowing just a hit while fanning four.

“He deserved better but sometimes baseball is a funny game,” Nappi said. “We lost to a good team, so there’s no shame in that.”

Tusker OF Ravi Dass led the offense all week and was a menace on the bases. He was 6-12 with two walks and nine steals.

Here’s more Class A parity: BREWSTER pulled off a 4-2 win over Yorktown. Bear P Sean Pawloski allowed one earned run on four hits in six innings for the win. George Vallecillo went 3 for 4 with two runs scored and pitched the seventh for the save. Collin Brennan went 2 for 4 with a double and two RBI for the Bears (5-8), who could not sustain that momentum in a 13-3 drubbing at the hands of the Huskers (7-7).

Huskers Jason Peragallo (3 for 3) and Nick Jacoby (2 for 2) each drove home a pair of runs to support P Patrissi, who allowed one earned run over four frames for the win.

“Nothing makes sense in Class A, so expect the unexpected,” Hen Hud Coach Van Vourliotis

The Dutchess power trio of Arlington (12-2 vs. Section 1), RCK (6-3) and John Jay EF (9-4) are currently the No.1, 2 and 3 seeds, respectively, if the Class AA tournament was to start today, so yeah, the road to the title will likely run through Dutchess County where these kids are always in it to win it. Just ask defending Section 1 champion CARMEL, which has gone 0-4 against Arlington and JJEF, with RCK on the horizon. Coach Joe Hackert’s Rams (9-6, 3-6) were an easy mark for Arlington last week, dropping a pair by a combined 21 runs, 11-0 and 10-0, after opening the week with a 6-3 win over North Rockland where P Nevin Scaperotti picked up the win and IF Kevin Heffernan drove home two runs.

Nobody should snooze on OSSINING after Coach Scotty D’s Pride (8-5) defeated BYRAM HILLS, 7-5, in the finals of the beloved Christian Federico Baseball Tournament, FOX LANE, 8-5, and WHITE PLAINS, 6-1. A 9-1 loss to Mamaroneck was mixed in, too, but that’s as impressive a stretch of wins as we’ve seen from Ossining in moons.

Against White Plains, the Pride’s Ethan Hernandez went 2-4 with a HR and two RBI. Kevin Wittekind went 1-4 with two RBI. P Ethan Bruckner scattered three hits over five innings while sending eight Tiger down K-way to pick up the win.

Against the Foxes (8-4), Jack DeAngels went 3-4 and Lucas Rodriguez went 2-3 to support P Nolan Sniffen, who picked up the win before Joe Post posted the save.

“The team has really found its stride now,” Pride Coach Scott DeIeso said. “Our pitchers have been very competitive, throwing a lot of strikes and challenging hitters. At the plate our players have taken our approach we work on in practice and executed it in games. We have been getting big, two-out hits 1-9. These last few wins put us right back in the hunt for a league championship in one of the toughest leagues around.”

PUTNAM VALLEY fell on hard times last week when the Tigers (4-9) lost three lopsided affairs by a combined 28-3 count, losing a pair to North Salem, 7-2 and 10-0, plus an 11-1 setback to Rye Neck. The two Class B opponents were a combined 22-6 and the current No.2- and 3-seeds, respectively. The Tigers have dropped six of the last seven and need to get back on track ASAP. 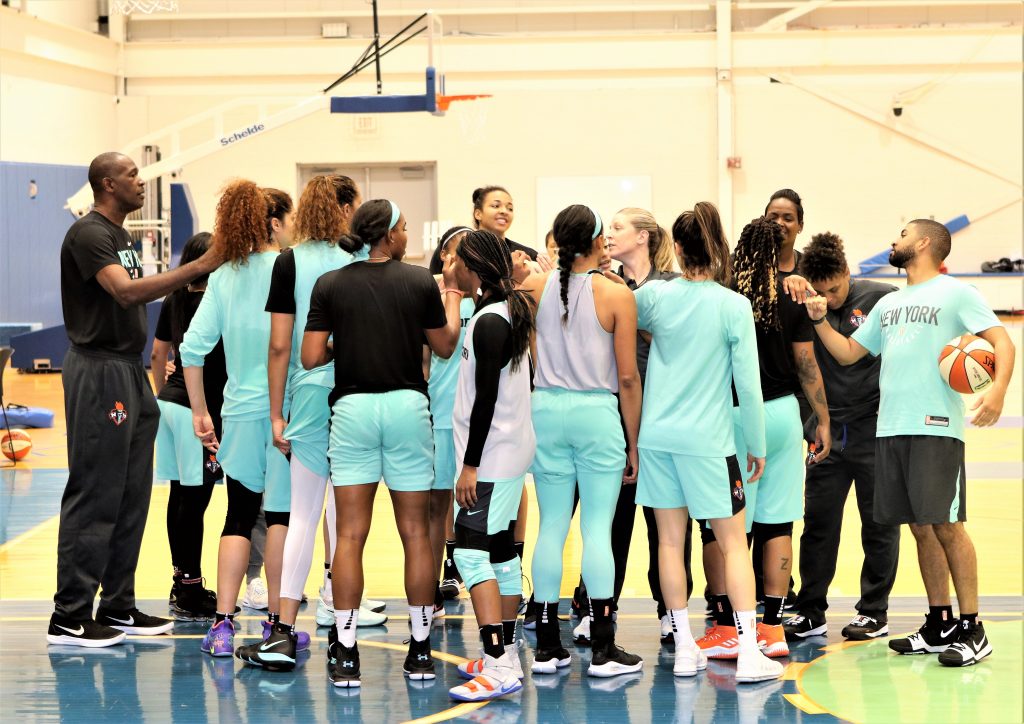 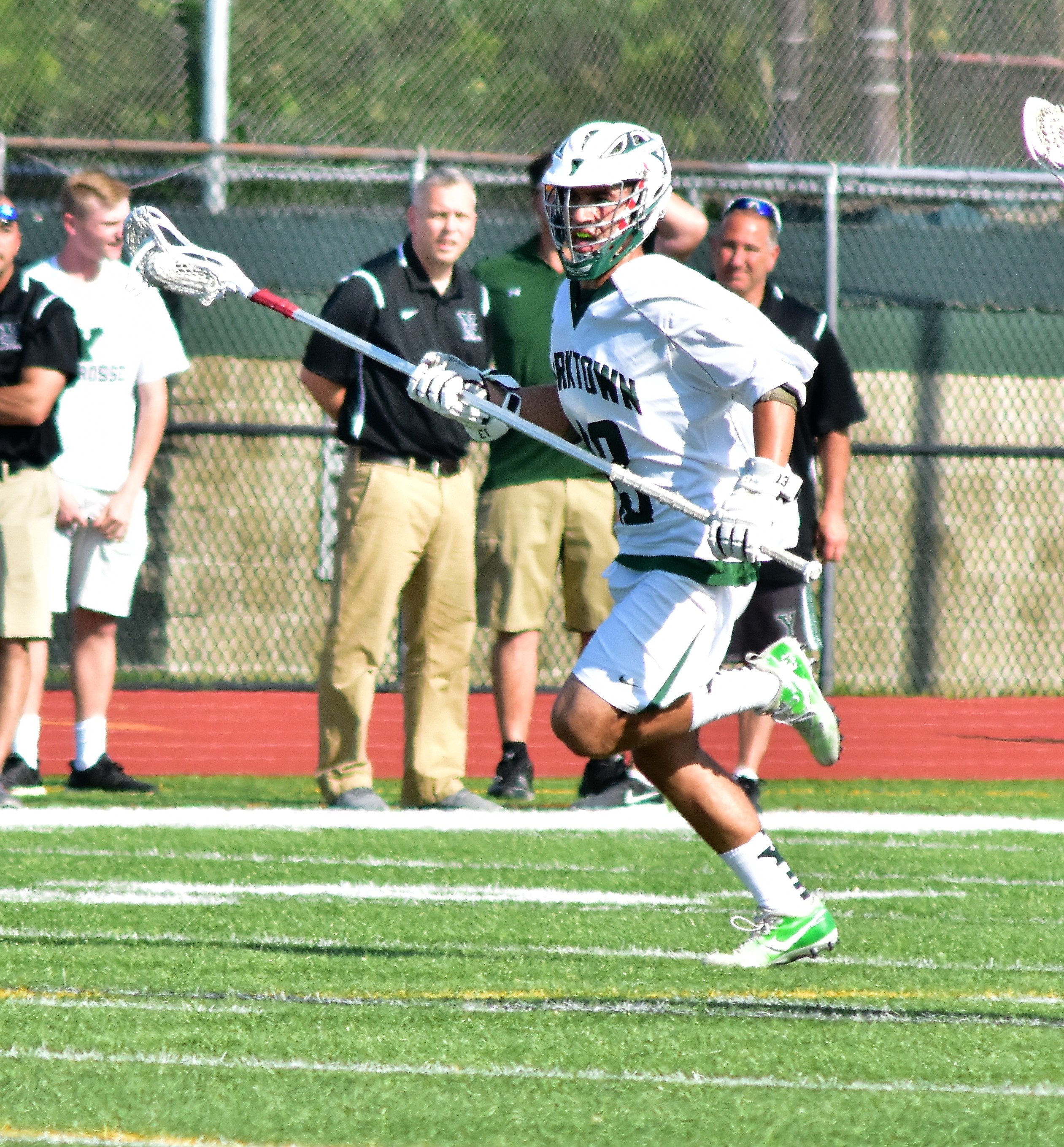