Familiar names are on the ballot for this year’s Mount Pleasant Board of Education race. Two incumbents, current Vice President Laura Michalec Olszewski and Trustee Sara Beaty, are vying with former trustee Thomas McCabe for two seats. McCabe looks to regain a seat he held for six years until 2018.

The annual school board election and budget vote are typically held on the third Tuesday in May, but were postponed as a result of the COVID-19 pandemic.

Voting this year will be done exclusively with paper ballots that have been sent by the school district to all registered voters. Ballots must be received by the district clerk’s office no later than Tuesday, June 9 at 5 p.m. 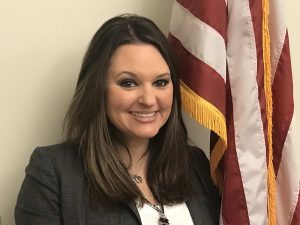 Beaty was appointed in February to the seat vacated by Maria Jost, who resigned a month earlier. Although she joined the board just as budget discussions were starting, Beaty, an attorney, is familiar with school districts. She has served as counsel to the Yonkers Board of Education and on Mount Pleasant’s Budget Advisory Committee.

She decided to run for a full term to help the district navigate looming financial constraints and to move the district forward.

“A lot of things have definitely been put on pause, if you will, because the primary concern of the district, and any district, with the fallout from COVID-19, has truly been safety and health and vital learning and how to get services to students who need them,” said Beaty, who ran unsuccessfully for a seat in 2018.

She said Mount Pleasant has been a fiscally prudent district, having complied with the state’s tax cap each year since the legislature enacted that law. That is true again for the $65.4 million budget for 2020-21 that the public is voting on, but it came with cuts in anticipation of state aid reductions, she said.

However, none of the cuts, thus far, have resulted in the loss of critical programs, and positions were reduced through attrition.

“At this time there are so many unknowns it would almost be speculative to say what else could be cut and when or where, especially until we learn what September is going to hold,” Beaty said.

Whatever happens for next school year, whether it’s a return to in-person classes, continuation of remote learning or a combination of both, plans will have to made jointly with the community, focusing on safety and what’s best for the students academically, she said.

Beaty indicated that there have been mixed reviews about the district’s remote learning since mid-March, with different results based on different classes, grade levels and how individual students have adapted.

Considering the circumstances, Mount Pleasant’s teachers and families have done well, but there will be improvements incorporated during the summer.

“(The teachers) did fabulously, and our parents who are making this happen at home, too,” Beaty said. “I think we can use that data to fine-tune and troubleshoot to prepare for the fall. Let’s move ahead.”

Mount Pleasant’s strength is its academic and extracurricular programs, she said. A wide array of AP courses, its International Baccalaureate program, the STEAM symposium and about 35 sports teams provide students with a well-rounded education. Beaty said the district needs to preserve what it currently offers and reassess improvements after schools reopen.

Beaty supports reintroducing the $9 million athletic facilities bond at the appropriate time once the economic fallout from the COVID-19 crisis is known. The Mar. 31 vote was called off because of the pandemic.

The district’s focus on students’ emotional and mental health has been strong, but officials are aware that they will be tested in the fall as some students have fared better than others during the crisis. She believes the district will have to concentrate next year on its high school juniors and seniors, some of whom will be among the most vulnerable because they will be under pressure preparing for college.

Beaty said she has truly enjoyed her time on the board and her service to the district.

“I think now in light of COVID, I was here on the board when the pandemic hit and helped them through this crazy time. I want to be there now,” she said. “I think we need strong leaders more than ever. I want to be there when we return and when we restore and rebuild all the great things we had going before this happened.” 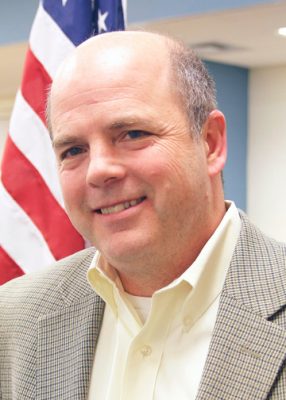 McCabe cites his experience as both a former two-term trustee and in his professional life where he has helped companies with disaster planning, which could help the district adapt.

“So having that experience, I believe I can bring some of these abilities to the district now to further plan for what would be real-time decisions on the ground,” said McCabe, who is currently a director of sales.

With Gov. Andrew Cuomo sounding the alarm about the possibility of 20 percent education cuts unless there’s federal assistance, McCabe said the district will have to figure out what would cause the least disruption for students, should that materialize. The district was scheduled to receive about $6.5 million in aid in the upcoming year.

A variety of cuts would have to be made and everything would need to be explored – the administration, maintenance, class sizes and extracurricular programs.

“You (would) have to cut some stuff,” McCabe said “It’s a tough choice.”

McCabe said Mount Pleasant must also prepare for a potential influx of students of families leaving New York City because of the health crisis.

One concept that won’t be going away regardless of what’s in store in September is remote learning, he said. While it won’t replace the in-class learning experience, the technology should be used to enhance programs, he said.

McCabe would like the district to develop a policy on how it will supplement students’ education in the future, such as combining online lessons with traditional instruction, a practice that is known as the “flipped classroom model.” The issue is what are the classrooms best used for and what may be best done remotely, he said.

“There’s a path there,” McCabe said. “Do I want to eliminate the school, the four walls? No. I think there’s a lot more to that social programming that allows us to build the whole student, including the sports component.”

McCabe supports re-introducing the athletic facilities bond when the district is able to, believing that sports and extracurricular activities are vital to the educational experience.

“We’re going to have kids on the stage again,” he said. “The investment has to be made.”

Tending to students’ mental health and emotional needs is a challenging area that is likely to be more important in the months ahead. McCabe said he wasn’t aware of any significant issues, but there is always more than can be done.

“From my perspective I think we’re doing a decent job,” McCabe said. “There’s always going to be problems. We only have (the students) six hours a day, five days a week, nine months out of the year. We can’t be static. It’ll be challenging with the COVID-19 crisis and we have to be prepared for it.”

Having the most board experience will be key in helping Mount Pleasant’s schools navigate the future.

“It’s going to be a challenging next few years, for sure, and I’m not convinced from an outside perspective how it’s exactly going to play out,” he said. 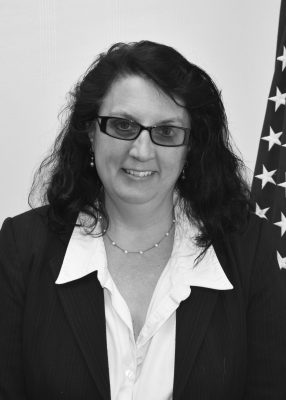 With her first three-year term winding down, Olszewski said there’s much more for her to learn and accomplish. In many ways, she feels as though she’s just getting started.

Her skills as an attorney – Olszewski is an administrative law judge for a federal agency – would be beneficial on the board.

“I feel that I can bring to the table my critical thinking as well as my analyzing skills to the situation,” she said. “I can weigh both sides of any issue and come to a conclusion that is efficient and effective for the students as well as for the community.”

Olszewski said the district is prepared to address any fiscal challenges that will come its way from potential pandemic-induced state cuts. When the board adopted the 2020-21 budget on May 20, they had already cut $250,000 in anticipation of some state aid being slashed, she said.

“Significant cuts” will need to be made if the 20 percent state aid reduction materializes, but Olszewski declined to speculate where that might come from.

“At this point, we’re financially in good standing but that could change at the drop of the hat with whatever comes down from the governor,” Olszewski said.

She said Mount Pleasant’s programs and faculty are excellent, and under Superintendent Dr. Kurtis Kotes the district has continued to flourish.

One of the most obvious improvements the district must focus on is bolstering its distance learning, which has been inconsistent. It has proven to be sufficient for some students and not for others, Olszewski said.

Upgrading student transitions from the K-2 to the 3-5 schools, from the elementary level to middle school and from eighth grade to the high school is also needed, she said.

“I think the collaboration between the schools and the curriculum is at the forefront for developing and improving,” Olszewski said.

Similar to her two opponents, Olszewski said rescheduling the athletic facilities bond is important. It should move forward when the district and community can afford it.

She said the board will have to evaluate what the start of the new school year will look like as the summer progresses, but it may have to include a combination of remote learning and in-school classes, perhaps on an alternating basis.

Olszewski said that the district must continue to communicate to families the services that are available to students when they return. It has been difficult for some, either academically or socially and emotionally.

“It’s so hard for the kids to be away from their friends and away from everything they know, and as a result, that can take its toll on some kids,” she said. “So we definitely need to be cognizant of that and be mindful of what kids are going through.”

The district is also doing a strong job in making the buildings safe for students and staff, she said.