Police/Fire The Northern Westchester Examiner
May 27, 2022August 8, 2022 Rick Pezzullo 352 Views 0 min read
We are part of The Trust Project

An Ossining deli owner was found guilty recently by a jury after a two-week trial of sexually abusing an employee in 2021.

Patrick Patierno, 54, of Yorktown, could face up to seven years in state prison when he is scheduled to be sentenced on June 23.

According to Westchester District Attorney Mimi Rocah, on January 14, 2021, at approximately 9:30 a.m., Patierno entered the home of the victim, who was one of his employees, restrained her and forcibly subjected her to sexual contact.

He was arrested on January 15, 2021 by the Ossining Police Department following an investigation.

Patierno was found guilty on May 9, 2022, of Sexual Abuse in the First Degree, a felony, and Unlawful Imprisonment in the Second Degree, a misdemeanor. He faces a sentence range of a minimum of 10 years of Sex Offender probation to a maximum of seven years in state prison. He will also be required to register as a sex offender.

Five Candidates Seek Two Seats on Somers Board of Education 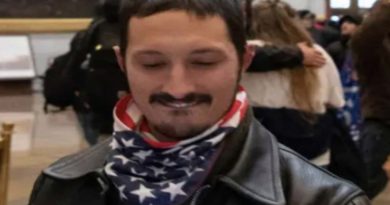