Politics The Putnam Examiner
March 16, 2022May 4, 2022 Rick Pezzullo Putnam County
We are part of The Trust Project

In her final State of the County address, Putnam County Executive MaryEllen Odell focused on the county’s strong financial position and thanked residents for entrusting her the last 11 years as the first woman to lead the county.

“Tonight, we set forth a vision laying the groundwork for a better quality of life for future generations, and its implementation will require our dedicated efforts through the remainder of our term,” said Odell, who is term-limited. “We will continue to meet the challenge of fulfilling our fiscal and social responsibilities to our constituents right through our last day of public service.”

Having emphasized fiscal responsibility during her tenure, Odell highlighted the county’s total outstanding debt has decreased by nearly $41 million, its unassigned fund balance increased by almost $50 million, the county’s bond rating reached the highest level achievable in New York State, and each annual budget was within the state-mandated property tax cap.

“In fact, due to our strong financial position we intend to submit a 2023 county budget for consideration by the Legislature that freezes the real property tax levy,” Odell said. “We will not propose a tax cut that will create future budget problems, but maintain our responsible, conservative budgeting approach to balance our social and fiscal responsibilities.”

The county’s strong financial position has enabled it to make investments in the future, including a new plan called “Share the Growth,” in which the county will increase the amount of the sales tax it shares with Putnam’s six towns and three villages based on the county’s sales tax revenue growth. The funds must be used for infrastructure and will be distributed based on population. Because they are tied to the amount of growth, the funds cannot be counted as a regular revenue stream.

Odell and her administration worked on the plan with Town of Philipstown Councilman Jason Angell and Village of Cold Spring Trustee Eliza Starbuck.

“Under your leadership, the county has prospered enormously,” Putnam County Legislature Chair Neal Sullivan said to Odell. “You and your administration have worked tirelessly over the last 10-and-a-half years to put the county in the best financial position it has been in for a long time, if not ever.”

Odell also noted that the county will receive $19.1 million in funds from American Rescue Plan Act, or ARPA.

“We will be looking to make infrastructure investments in mental health, substance abuse, food insecurity, clean water, roads, bridges, and buildings that will aid in the recovery from the COVID19 pandemic,” Odell said. “We have secured the services of a consultant to help ensure that a final allocation plan complies with the U.S. Treasury final rule.  We believe that these investments should strengthen the county for future generations, as they will be paying for ARPA.”

Odell said her administration was recommending that the County Legislature allocate $10 million to be sent to Putnam towns and villages based on population, according to the 2020 Census.

Meanwhile, Odell said that the county would equip the Sheriff’s Department deputies with body cameras.

“These body cameras will protect the safety of both our police and the public,” Sheriff Kevin McConville said.

“I ask that you please continue to pray for the innocent and beautiful families and brave soldiers fighting for independence in Ukraine,” she said. “Pray for the safety of the people in Poland and Hungary and the other Eastern European countries who are standing in solidarity against Russia and the tyranny of Putin. Pray for Peace, and God Bless our Putnam County and God Bless these United States.” 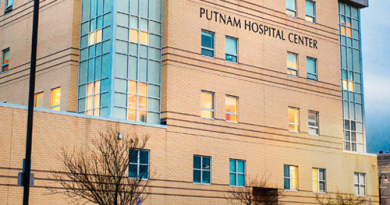