The 1970s and ‘80s automobiles parked at the Royal Petroleum gas station in North White Plains last weekend weren’t part of a vintage car show or someone’s personal collection. Writer and director Levi Wilson and his cast and crew were hard at work Saturday and Sunday at the Route 22 site shooting a short film with a story that is close to his heart.

Wilson was overseeing the filming of “Luke & Emma and a Gas Station on Franklin Ave.,” a semiautobiographical account of a young biracial boy growing up in small town America in 1986 and having his first crush on a local white girl.

His challenge was that he didn’t want to dwell on the obvious racial overtones but also couldn’t ignore the blatant or subtle references of what he had encountered in his life.

“I didn’t want to hit people over the head with things that happened that were a little racist,” said Wilson, who lives in Riverdale and runs his Bronx-based production company Wilson Arts Diversified, with his wife, Lisa Hammer, the film’s producer. “We had issues like that. These things happened, but I wanted to make sure that the story about the two kids was the prominent story.”

The two kids, Luke and Emma, are played by 12-year-old Coulter Ibanez and 10-year-old Christina Gobes. They each have had several other acting credits.

Their characters have an incidental meeting outside a local convenience store where they quickly develop a crush on each other. But they also understand the dangers given their parents’ interaction inside the store. Emma’s father, played by Michael Giese, has an encounter with Luke’s mother, played by Jazz Supanich. She arrived in New York from Thailand about five years ago.

Gobes, whose real-life father Raymond also has a role in the film, said she was excited to land the part. She and her father traveled from Long Island for the two-day shoot.

“(Emma) has this dad where he thinks the world revolves around him and has told Emma that she can’t date or marry who’s a different race that’s not white,” Gobes said.

Ibanez learned of the auditions for the role through his agent and got the callback. He said he is grateful for the opportunity.

“I did my session, and days later they said I landed it,” Ibanez said. “I was in shock. I was so happy.”

Wilson said Ibanez easily related to the script. Despite clear improvements in acceptance of people of different backgrounds and cultures over the past 35 years since the time a young Wilson was the age of Luke’s character, there remains bias and stereotyping in American society.

Wilson’s mother was from Bangkok, having immigrated to the U.S. in the 1970s. His father is a native of Baltimore. He grew up in western Kentucky, about an hour from his aunt who had relocated to southern Indiana.

“Coulter, he really identified with the material,” Wilson explained. “His parents told me that when he got the script he was like ‘I’ve got to get this part.’ Like he really wanted it, and in my head, this is a kid that was 11 years old, it’s 2022, I’m 47, but he’s identifying.”

Wilson said when the self-funded film, anticipated to be about 11 minutes long, is complete, he and his wife will likely enter it in the festival circuit. The goal is that it will serve as a proof concept to get backers to make it into a feature-length film, he said.

The site of Royal Petroleum gas station in North White Plains as the site for the film was mainly by accident. Wilson said they were looking at potential locations in Westchester and happened to be traveling along Route 22 in search of a gas station with a mini-mart. He thought the station was the type of place that would be suitable.

The owner of the medical office building next door, Dr. Frank Taliercio, allowed the cast and crew to use his facility for holding next door.

More Than 1,000 Rally at Peaceful March for Justice in White Plains 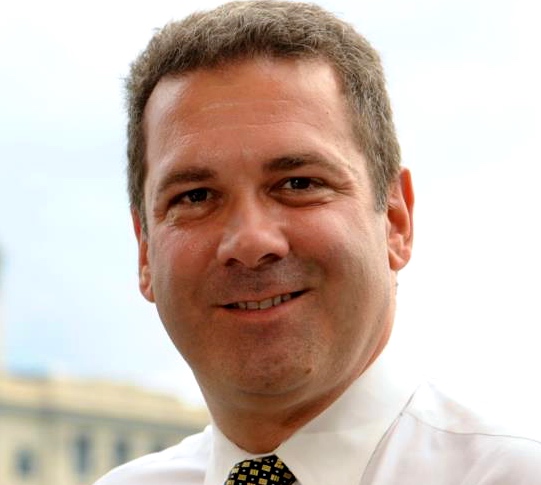