Skip to content
The Examiner
June 10, 2015 Martin Wilbur Armonk, North Castle
We are part of The Trust Project

The North Castle Town Board is expected to vote tonight (Wednesday) on Brynwood Golf & Country Club’s request for amendments to the town’s zoning code and comprehensive plan.

Adoption of the findings statement under the state’s Environmental Quality Review Act (SEQRA) will also be required so Brynwood can obtain the Golf Course Community Floating Overlay District to allow its 73-unit townhouse proposal to move forward.

A public hearing and vote must also be scheduled for June 24 for the town to apply the new zone to a portion of the 156-acre property on Bedford Road. If all of those pieces are approved, Brynwood may advance to the planning board for site plan review.

Announcement of the scheduled votes last week came after closure of the public hearing on the proposed zoning change. During the previous week, town officials and the applicant worked to tighten language in the zoning text amendments as well as the conservation easement in hopes of ensuring that certain restrictions be in place and that the land may only be used as a golf course with 73 residences or remain open space.

Notable tweaks made to the zoning text amendment included tighter wording to guarantee that all of the units be taxed at the higher fee simple rate rather than as a condominium even though most of the residences will be part of a multifamily structure and to make certain that the current 20 lodging rooms for guests and staff cannot be converted into permanent dwellings.

For about two hours last Wednesday night the town board listened to additional comments from the public, with some speakers strongly supporting the proposal and others more skeptical. There were also additional questions and statements posed on issues such as traffic, the number of school-age children that would be generated despite assurances that it will be marketed toward empty-nesters and whether the fee simple taxation will be enforceable.

Sally Slater, a Bedford real estate broker, urged the board to approve the zoning change because the town lacks housing choices for the aging adult who wants to downsize but remain in the area close to family and friends.

“Over the years I see (houses) getting sold, people can’t manage them anymore, they can’t manage the taxes, they’re retiring, working part-time,” Slater said. “But they have their whole families, their friends in the area and they love living here, and time and again I see them really be forced to move away because there isn’t a product for them to move into.”

However, in a statement submitted and read to the board, resident Susan Shimer said she strongly opposed the requested zoning change for one of the most significant parcels in town while the Comprehensive Plan Steering Committee is in the midst of its work.

Shimer stated that the committee should be allowed to finish before a decision is made.

“The zoning change, as far as I can ascertain, benefits only one parcel of land in our town,” she said. “That is, as you have been told before, spot zoning and it’s not legal.”

But town resident and current Brynwood member Matt Miller said revisions to the zoning code are not new and have been done repeatedly over the years if officials believe a proposal can help the town.

Creation of new zoning and amending existing zoning have been used “as tools to enable the town to evolve,” Miller said. “This is regular business, not some special dispensation.”

Windmill Farm resident Jan Bernstein said the zoning change would be in conflict with the Comprehensive Plan, which states that the Brynwood property and neighboring parcels  should have two- or four-acre zoning. Bernstein also urged officials to wait until the steering committee’s work is complete.

Director of Planning Adam Kaufman said the plan is in keeping with the Comprehensive Plan because there would be fewer density units than if Brynwood would build 49 single-family houses, which the land is currently zoned for. He explained that planners use a formula to help equate single-family and multifamily dwellings. For example, a two-bedroom townhouse would be a .5 density unit while a one-bedroom unit would account for .33 units.

Supervisor Michael Schiliro said when evaluating impacts, the Brynwood proposal should be compared to a 49-home subdivision.

In response to inquiries about impact on the schools, which had originally been a key issue for him, Schiliro said he spoke with Byram Hills School District officials who assured him that because of projected enrollment declines continuing, the district would be able to absorb any extra students generated by Byrnwood’s plan.

Tonight’s town board meeting is scheduled to take place at the Hergenhan Recreation Center at 40 Maple Ave. in Armonk at 7:30 p.m. 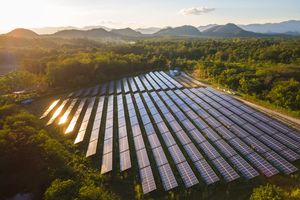