The Examiner
September 20, 2022 Martin Wilbur North Castle
We are part of The Trust Project 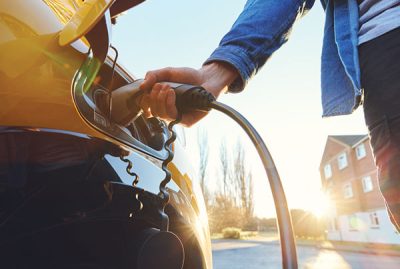 The North Castle Town Board declined to consider a proposal from an electric vehicle charging station company to install units with digital advertising, but officials will pursue allowing the chargers in certain zoning districts.

Volta Charging LLC had proposed installing electric charging station kiosks outside the North White Plains Stop & Shop on North Broadway last week, requesting a zoning text amendment from the Town Board. North Castle’s Town Code currently does not allow for chargers as an accessory use in business, industrial or office zones, although homeowners are allowed to operate one on their property.

An obstacle for Volta in its application to the town was the request to include digital advertising on their units outside the supermarket. By offering advertising, the company would be able to offer the public free charging, said Allison Fausner, an attorney from the firm Cuddy & Feder, representing Volta Charging.

“This amenity is free or subsidized because we’re able to offset these costs by offering advertising content on the displays that are offered on the front and the back of the displays,” Fausner said.

She said Volta was requesting the kiosks on a limited basis in commercial and retail shopping areas that are set back from the right of way and not visible from the road.

“They’re meant to target foot traffic because that’s how the advertising generates worth and that’s how it generates value to offset these EV costs,” Fausner said.

However, the board wasn’t interested in allowing for the advertising displays, fearing that it would have aesthetic drawbacks, but that it also could lead to having chargers with audio and video, similar to what can be seen at some gas stations. Volta did not propose including audio or video on its units.

“But that could change,” said Councilwoman Barbara DiGiacinto. “Your business model could change to where all of a sudden, I know I really find it annoying if I pulled up for gas and they have Channel 2 on, music and wanting to go in and buy coffee and so on.”

“I don’t see why it’s in the interest of our residents to have advertising in our town,” added Councilman Saleem Hussain.

Despite saying no to Volta Charging, officials indicated that they would like to discuss legislation that would allow electric vehicle chargers in commercial, office, and industrial zones. Supervisor Michael Schiliro said the town would like to see more people with electric cars.
“There’s something to encouraging people to buy electric vehicles, providing them the fuel for free and the tradeoff is this advertising,” Schiliro said. “Maybe there’s a model to that where we’re getting some type of revenue.” 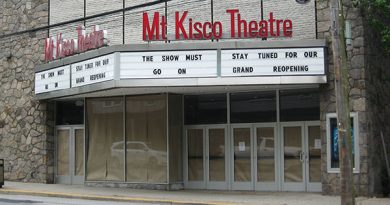