The North Castle Town Board awarded a contract to a Dutchess County excavating contractor last week to remove road millings that are stored at the town’s highway department grounds over the next couple of months.

Officials approved the base bid of $481,250 to AC Landworks Services, Inc. of Wappingers Falls that would remove up to 25,000 tons of materials. For each additional 1,000 tons up to 30,000, the town has agreed to pay an additional $19,250. AC Landworks was the lowest bidder of four companies that sought the job.

The town went out to bid to remove the excess material from its highway yard in downtown Armonk earlier this fall after it was having trouble finding takers because there were so many paving projects in the region this year. That produced an inordinate amount of material, said Supervisor Michael Schiliro.

It also comes after concerns were raised by a group of Windmill Farm residents who questioned whether the large mountains of millings stored in the Middle Patent Road yard posed a threat to their wells and drinking water. The town hired an environmental attorney who, in turn, selected Langan Engineering and Environmental Services, which issued a report last month concluding the material posed no threat to wells or the town’s drinking water sources.

Schiliro said since the town began storing millings after the start of North Castle’s aggressive paving program seven or eight years ago it had been able to find contractors who were happy to take the asphalt material for free during each paving season, potentially saving millions of dollars. That ended this year because of the large number of paving projects, he said.

“If you cobble together using that one example, all the years that we’ve been milling and having the millings being taken away for free, that’s millions of dollars of savings,” Schiliro said. “We’d rather use the money more wisely, pave more, and in this particular year, everybody has millings.”

It was recently estimated by the town’s highway foreman there are about 21,000 tons of millings, although the town is still finishing what could ultimately be about 20 miles of road paving this year, giving North Castle some wiggle room in the contract, said Town Administrator Kevin Hay.

Most of the material at the Middle Patent Road yard has been taken away, he said. North Castle will hold onto a minimal supply of millings to fix potholes and perform other routine road maintenance, Hay noted.

It is expected to take about two months to remove the millings from the highway department, Hay added.

However, last week one of the most outspoken critics of the town’s decision to store the millings, Windmill Farm resident Robert Greene, a former town Planning Board chairman, continued to criticize the town for its decisions on the matter.

Greene previously questioned the Langan Engineering report, contending that the firm’s findings were flawed in part because it failed to examine its effects on the nearby Mianus River. He has hired his own environmental expert to review the data.

Last week, he argued that by waiting to take away the millings, the town is now paying in excess of $21 a ton, when it could have had it hauled away for no more than $7.

“By not doing that, and accumulating it, which is what has happened at highway and Middle Patent, you have to get rid of it at $21.75 a ton,” Greene said.

Furthermore, Greene, who has professional experience in the construction industry and is a developer, said by his estimates there could be at least 40,000 tons of millings being stored at the highway department, which would exceed the amount outlined in the contract. There will also be thousands of trucks rumbling through downtown this winter.

But Schiliro responded that Greene was failing to take into account all the years the town had the millings taken away and used for free rather than paying. For just this year, that didn’t work out, he said.

“We’re always striving to do more with less,” Schiliro said. “Why would we ever pay somebody to remove the millings, when we could get them to remove them for free?”

Town Attorney Roland Baroni said if the volume of millings exceeds the contract’s limits, the town can negotiate with AC Landworks to take more material or go out to bid again.

The town is expected to finish the final four to six miles of paving of its 93 miles of road next year. Schiliro said other than routine maintenance, the town shouldn’t have to spend money for repaving for the next seven or eight years. 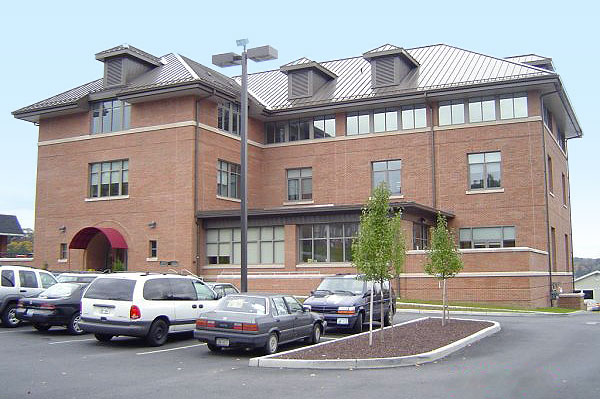