Skip to content
The Examiner
May 3, 2018 Martin Wilbur Armonk, North Castle
We are part of The Trust Project

The revised Comprehensive Plan represents the first time since 1996 that North Castle had undertaken a full formal review of the document.

Supervisor Michael Schiliro called the completion of work on the plan exciting and a vitally important step to help guide current and future officials on the town’s path forward for the next generation. He also thanked as many as several hundred volunteers and community members who either assisted town staff on revising the plan or provided feedback.

“This is our Bible, this is what we use when we help shape our future decisions in the town and the community was very engaged,” Schiliro said.

Key points addressed in the updated Comprehensive Plan include consensus to have the state Department of Transportation study the Route 22 corridor in North White Plains; to allow for development of a hotel at the MBIA site in Armonk; and the possibility of limited retail and residential at the town’s one Nursery Business parcel – Mariani Gardens – in Armonk’s Bedford Road Historic District.

One of the most contentious issues during the latter stages of discussion was whether the town should revise the zoning code to allow for a third story and a maximum height of 40 feet for buildings on properties in the Commercial Business district on Route 22 in North White Plains. Under that scenario, there could have been two floors of apartments above ground-floor retail permitted.

Currently, the code allows for only two stories and a maximum 30-foot height maximum height for buildings. Apartments are now permitted on the second floor if retail is on the ground floor.

Town officials were told that the rationale for allowing property owners and developers to increasing the height would be to make the project more economically competitive, creating a better chance for redevelopment.

However, several North White Plains residents objected to the possibility of more density in the hamlet despite town officials’ estimates that that type of project would feasible on four properties and producing a maximum of an additional 46 units combined.

Schiliro said that the board decided against changing the code’s language regarding the North White Plains Central Business district but developers may ask for a special use permit and zoning text change if they believe they have a good project. That would provide an extra measure of protection, he said.

Other board members were pleased that the work on updating the plan went smoothly and that it addresses the key issues of economic development.

Councilwoman Barbara DiGiacinto said when applicants come before the town their representatives routinely refer to the Comprehensive Plan when making their pitches, making it a crucial document.

“How many times a land use attorney would, for example, take sentences, take paragraphs out of this document to make a point relating to a zoning change,” DiGiacinto said. “And I think that for me, I read this so carefully just realizing the importance of the wording of the concepts that we wanted to make so that we’ve made very, very clear because of how reading, or misreading, it can really change what is in our hearts when we are using this document.”

“This is something that’s going to be long past my time here on the board and I hope we did a great enough job that 10, 15 years from now they point to this and say ‘They thought ahead with what they did,’” said Councilman Stephen D’Angelo.

Before its adoption, planning consultants Frank Fish and Susan Favate made a series of edits and clarifications that will be incorporated into the final document.

Fish said a Comprehensive Plan should probably be updated every 10 years. 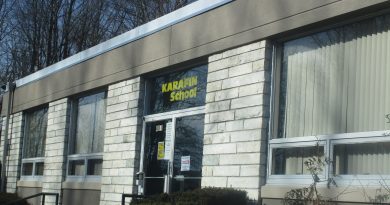