Skip to content
COVID-19
May 15, 2020May 17, 2020 Martin Wilbur Putnam County, Westchester County
We are part of The Trust Project

New York State’s beaches will be open for Memorial Day weekend with social distancing protocols remaining in effect and restrictions on capacity and activities.

Gov. Andrew Cuomo said Friday that with Connecticut never having closed its beaches and New Jersey officials announcing earlier this week that beaches along its shore communities will be open for the long holiday weekend, it made sense to follow suit and spread out the crowds in the tristate area.

State beaches will open next Friday, to kick off the holiday weekend. County and municipal beaches are also eligible to open if that’s what officials overseeing those facilities want to do, Cuomo said.  However, county and municipal facilities must at least meet the restrictions imposed by the state.

Local officials must make a decision by next Wednesday, May 20 and publicly announce their choice if they are to open by the weekend, he said.

Restrictions include crowds capped at 50 percent of capacity by monitoring all entrances and exits; no group contact activities such as football or volleyball; maintaining social distancing for employees and visitors; each employee and visitor must wear a mask if social distancing cannot be maintained; all areas of social gathering, including picnic areas and playgrounds, must remain closed; any facility concession stands must remain closed; and adequate staffing levels must be in place.

Cuomo said the three states in the tristate area along with Delaware, which will also open beaches next weekend, will have similar restrictions. Beaches run by counties or municipalities in New York can choose to impose more stringent rules for operating, he said.

In New York, if localities fail to comply with the state’s rules, their facilities will be shut down.

“If there is a problem and the locals do not enforce these regulations, we will close these beaches immediately,” Cuomo warned.

Westchester County Executive George Latimer said Friday afternoon it was unclear whether the beach at Playland will be open for sunbathers and swimmers. The issue will be discussed in the coming days, he said. Playland beach and the boardwalk have been open for walking since the onset of the state of emergency in March.

The governor’s announcement comes as five of the state’s 10 regions entered the Phase I reopening. The sparsely populated Finger Lakes, North Country, Mohawk Valley, Southern Tier and Central New York were allowed to resume construction and manufacturing and curbside retail as long as social distancing was maintained and employers provided personal protection equipment for their workers.

Restrictions were lifted statewide on a few low-risk activities, including landscaping and gardening businesses, drive-in movie theaters and certain non-contact recreation such as tennis.

However, Cuomo extended the PAUSE order until May 28 and the state of emergency until June 13 for the regions that have not met the metrics in the seven categories.

The Mid-Hudson region, which includes Westchester and Putnam, still falls short in two categories – a required 14-day decline in the number of deaths or having five or fewer deaths and less than two new hospitalizations a day per 100,000 residents on a three-day rolling average. The region has seen declining deaths for five consecutive days through Thursday and had 2.77 new hospitalizations, up from a low earlier this week of 2.29.

Under the current benchmarks, the region would not be eligible to open before May 24 unless there is a drastic reduction in daily deaths and new hospitalizations.

Latimer said it is unclear why the hospitalization rate for the seven-county region ticked up in the last couple of days. Westchester doesn’t receive its hospitalization numbers; the state monitors the official total, he said.

“At this stage of the game, we don’t know how whatever numbers we do get interfaces with the total seven-county district, so we’re at a bit of a loss,” Latimer said.

On Thursday, there were an additional 13 deaths in Westchester, bringing the county death toll to 1,269. There are 2,711 active COVID-19 cases in the county. Putnam County remains at 56 deaths with 36 active cases.

Be Honest, About to Lose Your Mind Amidst Corona? Listen Up to These Pace Experts 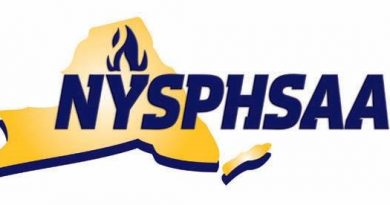