Skip to content
AREA NEWS The Examiner
August 1, 2012August 1, 2012 Martin Wilbur Mt. Kisco
We are part of The Trust Project

When Rev. Karen Burger became a Methodist pastor that didn’t mean she abandoned her hobbies and interests.

She still loves playing the alto saxophone, which helped launch a music group at her previous congregation, Drew United Methodist Church in Carmel. The group included members from community groups that rented space at the church. While it may appear out of character to hear a pastor belt out a Janis Joplin tune or play the sax solo from “Baker Street,” Burger eschews any stereotypical view of what a clergy member should be like.

“I think that more people see that pastors have a variety of interests–yes, they know theology, the Bible, pastoral care–but we’re people with a variety of hobbies and interests, so we can connect with people around some of those other interests, “Burger said. “It can form a bridge.”

On July 1, Burger took her talents and interests to the United Methodist Church in Mount Kisco, transferred by the leaders at the Methodist’ church’s New York Conference after 13 years in Carmel. She replaces Rev. Matthew Curry, who had been pastor at United Methodist for the past decade and is now serving a congregation in Valley Stream, L.I.

Burger, who moved with her husband, Ron, into United Methodist’s 141-year-old pastor house on the church’s grounds, hopes to apply some of what proved successful in Carmel in her new hometown by bridging the gap between church and community.

“That’s something I’m very interested in,” said Burger. “I want us to be very present in the community and meet needs in the community. It’s easy for churches just to become insular, a little community onto themselves, and it is nice to have a close fellowship, but it’s very important to always be an open community where members feel welcome and are integrated into it and bring their gifts and talents.”

This summer Burger will familiarize herself with her parishioners, even though there have already been a couple of welcome functions.

She also plans to get a better grasp for how United Methodist can help the village and its residents. That could mean launching bereavement or caregivers groups or exploring whether there’s a need for 12-step programs or to reach out with more services to the large immigrant community.

Recently, she and congregation members were out on Main Street during the annual fireman’s parade handing out cold drinks to spectators on a warm summer’s evening.

“People might not be churchgoers or religious, yet if they form a relationship with a pastor as someone in the community they can talk to, it still means when they’re going through a difficult time they might come knock at the door at the office and say I need to talk to you about something,” Burger said.

While Burger and her parents were regular churchgoers at Memorial United Methodist Church in White Plains while she was growing up, her entry into the ministry took her family a bit by surprise. She credited an associate pastor at Memorial United, Linda Thomas, for sparking her interest in the church, particularly her calls for justice in South Africa at the time.

After earning an English degree with a minor in education from Middlebury College, she returned home to White Plains and immersed herself in her home church while enrolling in the three-year program at Drew Theological School.

“After college, I was getting involved (at Memorial United) teaching Sunday School, helping to lead a singles group and also in some of the music ministries and I began to feel like that was home,” Burger said. “I felt very at home working with people in the church, creating fellowship and felt a call to enter the ministry myself.”

In 1988 she became a deacon and then an elder three years later before being ordained. Prior to Carmel, Burger served congregations in Poughkeepsie, Richmond Hill, Queens and Monroe, Conn.

So far, she likes what she sees at United Methodist, not only for the warm welcome she has received but the work that it already does. 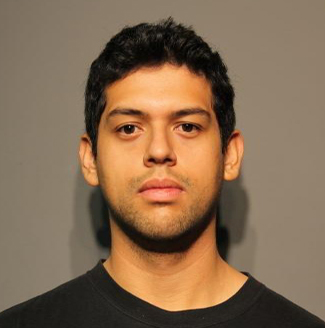