Skip to content
Education The Examiner
October 11, 2021February 22, 2022 Martin Wilbur Chappaqua, New Castle
We are part of The Trust Project

This article has been updated from its original version to reflect new developments in the story.

Tax implication projections from New Castle’s consultants last week concluded that maximum build-out under the Form Based Code would provide a positive financial outcome for the Chappaqua School District in most scenarios.

However, by Monday, the attorney representing the school district in the matter refuted much of what the town presented last week.

Estimates provided by town consultants Kimley-Horn and presented last Tuesday by the town’s Director of Planning Sabrina Charney Hull showed that under two of three possibilities, the district would net more than $2 million and $3 million, respectively. A third scenario showed a nearly $115,000 loss based on 2021 tax-generation numbers.

“School districts with excess capacity are typically able to absorb some level of additional students within the existing cost structure, and that’s important to note,” Hull said. “This is important and true, as it is in the Chappaqua Central School District, where there is excess physical capacity within a district to accommodate the additional students and the enrollment trends are declining.”

Attorney Adam Stolorow sent a letter to town officials on behalf of the school district Monday explaining that his client’s three scenarios range from reaping $2,085,000 to losing more than $3.6 million based on 2021 figures.

The disparity is a result of a wide divergence that the two entities are using in per-pupil expenditure.

Stolorow cast doubt on the credibility of the town’s calculations because it isn’t based on any accepted method of per-student cost. He said the town’s numbers “are not reliable, are not ‘conservative,’ do not reflect the actual cost to educate students in Chappaqua schools, and should not be used” without also showing the district’s numbers.

It appeared they rushed out numbers to make the tentatively scheduled vote on the Final Environmental Impact Statement (FGEIS) this week, he said.

“Basically, that says to me, we’re not going to do it well, but we are going to do it quickly because you asked for it and the end is here and we have to do something,” Stolorow said.

Financial impacts on the Chappaqua School District have been a key source of contention in the frequently-tense correspondence between the district and the town.

Assumptions made by the town consultants included that two-thirds of the new 997 residential units, the figure cited in the Draft Generic Environmental Impact Statement (DGEIS) in a full build-out, would be one-bedroom units with the remainder being two-bedroom apartments, Hull said.

In the first scenario, the town used its original estimate of 96 new students under the Rutgers University method of projecting pupils while the second example used the district’s estimation of 150 students generated.

The third possibility included the district’s projection of 256 additional students and reversing the percentage of one- and two-bedroom units.

The town’s consultants have made their computations under a 15-year time frame to reach maximum build-out.

In all three examples, the town used $20,432 to educate each student per year, based on the state Education Department’s (SED) statewide method of factoring in the district’s per-pupil expenditure for instruction and salaries categories, which for Chappaqua is currently $17,677, and then adding in administrative salaries and benefits, Hull said. It then factored in the anticipated tax revenue the new development would generate.

Hull said there is a correlation between enrollment and student instruction costs and employee compensation and benefits; however, some expenses already in place would not change if enrollment were to increase by these levels.

The per-student expenditure used by the town sharply differs from the $34,461 figure previously reported by district officials, reached by taking the $130 million budget divided by the number of students.

In his letter, Stolorow said the current year’s per-pupil cost has increased to $35,718.

Board of Education member Victoria Tipp, speaking to the Town Board last week on her own behalf, criticized the town for disregarding the district’s per-pupil figure. For example, one child requiring special education services can cost upwards of $100,000, she said.

“That doesn’t include transportation,” Tipp said. “These costs are mandated, and moreover, we want to provide services to our students as they require. The point is, there’s no way to control what services will be needed. That doesn’t mean you reduce the costs in your analysis. It’s quite the opposite.”

Two Incumbents Among Four Vying for Mt. Pleasant Town Board 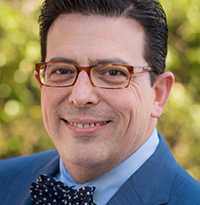