Skip to content
The Northern Westchester Examiner
May 6, 2014 Rick Pezzullo Croton
We are part of The Trust Project

The nephew of a Croton garden supply store owner was charged Friday with grand larceny, identity theft and other felonies in connection with the theft of more than $140,000 from the business.

Anthony Congello, Jr., 26, of the Bronx, could face a maximum of 15 years in state prison if found guilty of the charges that stemmed from a joint investigation by the Croton-on-Hudson Police, Westchester County District Attorney’s Office and New York State Department of Taxation and Finance.

According to District Attorney Janet DiFiore, Congello was helping his uncle keep an eye on the finances for Croton Country Gardens and, in return, was allowed to keep equipment from his landscaping business, Anthony’s Landscape and Construction, at the store.

In addition, Congello allegedly made unauthorized ATM withdraws at various Atlantic City casinos using the store’s credit card and charging large sums onto the credit card to benefit his own business. The approximate amount of the larceny was $140,658.

Meanwhile, Congello also failed to file his New York State personal income taxes for 2012, resulting in a felony count of criminal tax fraud. Congello is next due in court on May 7. 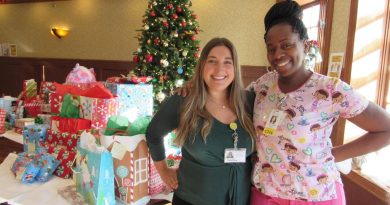