Government The Examiner
November 14, 2022 Martin Wilbur Mount Pleasant
We are part of The Trust Project

The Mount Pleasant Town Board unanimously approved the municipality’s Comprehensive (Comp) Plan and Hamlet Zoning Code last week amid criticisms from several residents disturbed that the decision could inundate the town with new residents and congestion.

After more than four years of analysis and discussion, the board took the action in hopes of revitalizing the commercial districts in Thornwood and Hawthorne along with portions of Valhalla. It is the first time since 1970 that Mount Pleasant has updated the document, previously referred to as the Master Plan.

Town officials have said that the primary focus of the update was to make the hamlets more attractive, particularly along Route 141 between Thornwood and Hawthorne. It was also to allow property owners in the Commercial Neighborhood Retail (CNR) District to build up to three stories as of right with apartments on the second and third floors, if they choose, above commercial operations as a financial incentive to renovate their buildings.

“That Hawthorne-to-Thornwood corridor is not attractive, and for anyone looking to move into the town, if they were to take that entrance, let’s put it out there, would you want to live here if you took that entrance into the Town of Mount Pleasant?” Councilwoman Laurie Rogers Smalley asked.

The new code would also allow for four-story structures on about 10 parcels on Broadway, a stretch of real estate on the street behind the Hawthorne train station. However, the fourth story would only be allowed if the property owner obtained a special use permit from the Town Board.

Despite repeated assurances from the board, about a half-dozen speakers told board members they risked changing the character of the hamlets. Kensico Road resident Gloria Newman said that the town shouldn’t be focusing on rental apartments but encouraging the development of smaller single-family houses that would maintain the current look and feel of the town.

“What you should be addressing is first-time homebuyers,” Newman said. “You’ve got all this land and quarter-acre subdivisions and make little houses instead of McMansions. I don’t see you doing that. I see you putting up apartment buildings.”

Frequent Comprehensive Plan critic Jim Russell of Hawthorne called the board’s vote “a sad day for the Town of Mount Pleasant.” He has repeatedly criticized officials for failing to complete a full build-out analysis, as other communities who have undertaken an update and zoning code change have done.

Russell also warned that with 287 parcels included in the CNR District, that could result in another 5,000 residents moving to town, flooding the schools in the next five to 15 years.

But Councilwoman Danielle Zaino said that the significant change, other than allowing four stories on a limited number of parcels on Broadway, is adding another half-story.

“People can put up a two-and-a-half-story apartment building in any of these hamlets today without anything,” Zaino said.

Supervisor Carl Fulgenzi added that the town has also provided property owners with a tool to improve their properties by also incorporating design standards. Owners are not obligated to redevelop their land.

“I hope we see some improvement in the next 10 years,” Fulgenzi said. “That’s what I would like to see, some improvement, but to actually believe and to try to mislead people and tell people that 5,000 people are magically going to appear in the Town of Mount Pleasant, that’s not right to say that to people.”

Mount Pleasant Board of Education President Michael Horan reminded town officials that a recent district study determined that space is tight at Hawthorne and Columbus elementary schools. Last year Hawthorne was at 103 percent capacity, with projections ranging from 96 to 105 percent over the next decade.

He asked that the town keep the district in the loop as soon as development proposals are in the pipeline.

“We really don’t have any more room to put any more students,” Horan said.

Columbus is currently at 87 percent capacity and is forecast to remain relatively stable in the next 10 years, he said. 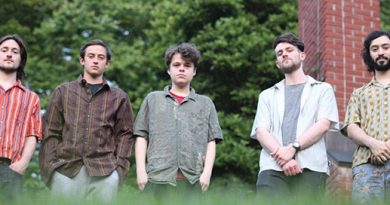 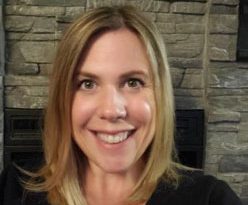 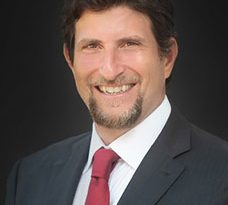