Skip to content
The Examiner
April 28, 2020 Martin Wilbur Mount Kisco
We are part of The Trust Project

Virtually the entire tax increase, which was lowered from 2.96 percent over the previous two weeks, is a result of the first-year payments on the firehouse bond.

Village officials will be forced to keep a wary eye on revenues as the upcoming fiscal year progresses and are ready to postpone some of the planned projects that are included in the budget.

Mayor Gina Picinich said with the new fiscal year beginning June 1, Mount Kisco is fortunate that it is able to spread the financial hit over two budgets.

“However, as we project into the new budget year, we know that we need to cut back and make it a little bit tighter because we don’t know what all of these revenue projections are,” Picinich said.

The village has cut back projected parking meter revenues by $30,000 as well as lowered expectations on parking fines and fees, she said. The village also added revenue for the solar landfill lease that is expected to arrive during the upcoming year.

Trustee Peter Grunthal acknowledged the village’s challenges but assured his board colleagues and the public that Mount Kisco is in strong financial shape. In case revenue projections fall short, the board could postpone up to a couple of million dollars of capital expenses, use $240,000 in contingency funds included in the budget and tap the fund balance for as much as $1 million and still maintain reserves at 20 percent.

Casting the dissenting vote was Trustee Karen Schleimer, who argued that the modest cuts in revenue were unrealistic given the scope of the economic wreckage caused by the coronavirus pandemic. Schleimer said she would have liked to have seen projects deferred and revenues adjusted now.

“In light of the serious hardships faced by many of our taxpayers, I think it is irresponsible not to have considered deferring, during this period of medical and financial crisis, some of the major capital projects that are included in this budget,” she said.

“It has been pointed out that the Village Board does not have to approve them going forward, but I personally feel that they have no place in this budget during this unprecedented crisis. Should the crisis abate, projects can always be re-considered.”

In a separate vote, the board rejected a motion by Schleimer to ask Gov. Andrew Cuomo for authorization to consider a 21-day postponement for the village’s taxpayers to pay their county taxes without penalty. The Board of Legislators on Apr. 17 approved reducing the penalties for late payment up to 80 percent through July 15. 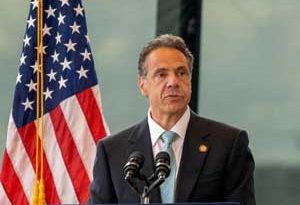