Education The Examiner
November 24, 2022 Martin Wilbur Mount Pleasant
We are part of The Trust Project

The Mount Pleasant School District celebrated a ceremonial groundbreaking Monday morning for the upcoming athletic facilities improvements that was approved by voters last March in a $9.7 million referendum.

With about 1,200 of the district’s students standing on the main athletic field in the configuration of a Wildcat’s paw to recognize the school’s mascot, district officials applauded the entire community, which worked hard to educate the public about the importance of the upgraded facilities at the Westlake High School and middle school campus.

“Today we break ground on a massive project of six new fields that will transform our phys ed and our athletic program,” said Superintendent of Schools Dr. Peter Giarrizzo. “These fields are also our most important outdoor classroom spaces. They are used by the entire community.”

The project will include the installation of two regulation-sized turf fields, a new track, bleachers, lights, drainage upgrades, irrigation and sodding of the ball fields at the campus, said Board of Education President Michael Horan.

Westlake High School is one of a dwindling number of campuses in Section 1 in the Lower Hudson Valley that has not had an artificial turf field. While once viewed as a luxury, having that surface is beneficial because the school’s teams would be able to play soon after inclement weather.

Passage of the referendum on Mar. 29 by about a 3-to-1 margin came nearly two years to the day that the district was forced to cancel the originally scheduled vote because of the onset of the COVID-19 pandemic, which shut down schools, most businesses and much of society.

At the start of last school year, interest was rekindled in once again scheduling the referendum and various segments of the community went to work, Horan said.

Getting word out at youth and district sporting events, the supermarkets and on social media paid dividends, he said.

“Long awaited and long overdue, we are proud to be here this morning at the groundbreaking of our new athletics facilities,” Horan said.

Giarrizzo said that some work can begin this winter, with the improvements at the main competition field to begin in earnest in the spring. Under that scenario, the main field would be ready in time for the start of the football season next September.

Work on the other fields will be done once the seasons for the teams that use those surfaces end.

In addition to school officials, the groundbreaking was attended by all five members of the Mount Pleasant Town Board, state Sen. Peter Harckham, Majority Leader Andrea Stewart-Cousins, who will be representing the town starting in January, outgoing Rep. Mondaire Jones and Congressman-elect Mike Lawler. 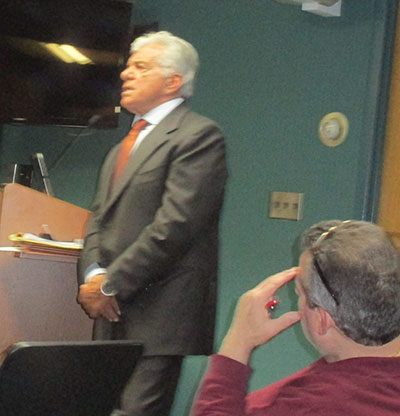 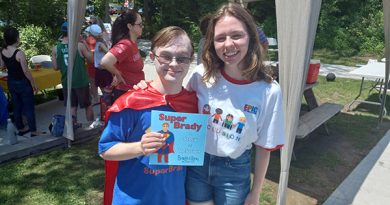