Skip to content
Government The Examiner
June 3, 2021February 23, 2022 Martin Wilbur Mount Kisco
We are part of The Trust Project

Mount Kisco officials want to hear from residents about whether the village should permit within its borders the retail sale of recreational marijuana and commercial lounges to consume cannabis or choose to opt out.

The Village Board has scheduled a public hearing on the issue for its next meeting this Monday, June 7.

Under the Marijuana Regulation and Taxation Act approved by the state legislature earlier this year and signed into law by Gov. Andrew Cuomo on Mar. 31, each municipality in the state may decide whether they want to allow cannabis sales within the community and/or to have the on-site consumption facilities.

Municipalities have until Dec. 31 to pass a local law to opt out of the program, but that decision would be subject to a permissive referendum. A petition containing at least 20 percent of a municipality’s registered voters would be needed to trigger a referendum and must be received by the village clerk within 30 days of the passage of the local law.

If a community decides to opt out, it may reverse that decision at any time.

Mayor Gina Picinich said that roughly 1,000 signatures would be needed for any resident that wants to trigger a referendum.

Under the law, anyone at least 21 years old would be allowed to buy or consume marijuana and carry up to three ounces of cannabis and up to 24 grams of concentrated cannabis.

With the establishment of the state Office of Cannabis Management, it is expected to take until at least the end of 2022 before any retail outlets will open.

A state license would be needed to grow, process, distribute, deliver or dispense marijuana.

Picinich said that if the village were to allow retail sales it could set reasonable restrictions related to hours and location.

Sales of marijuana would carry a 13 percent sales tax. If the municipality opts in, the state would receive 9 cents of every dollar of marijuana sales generated within its borders, while the local government would get 3 cents. The county would receive 1 cent.

The law states that consumption would be legal anywhere that cigarette smoking is permitted.

Village Board members agreed that the best way to gauge public sentiment is to hold a public hearing and to inform the community that their input is sought to help the board decide which direction to go.

“Let’s make sure that a lot of people in our village know about it so they can come and express themselves,” said Trustee Peter Grunthal.

Municipalities locally and throughout the state are faced with the same decision.

Marijuana supporters have pointed to the creation of thousands of jobs and billions of dollars that could be generated through its sale in addition to correcting racial injustices caused by the disproportionate enforcement of old drug laws against poor people and communities of color.

Opponents have argued that it could add to the state’s drug woes while many police agencies hold the position that there isn’t an effectively accurate roadside test, such as test for blood-alcohol levels, to determine if someone is disoriented from marijuana.

The hearing is part of the regularly scheduled Village Board meeting, which starts at 7 p.m. and can be viewed live on the Mount Kisco Facebook page and through Zoom. 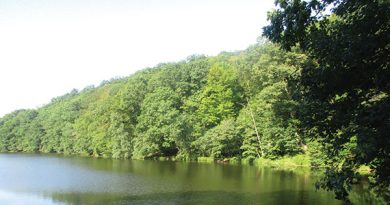