Skip to content
Arts & Entertainment The Examiner
July 13, 2021February 23, 2022 Martin Wilbur Mount Kisco
We are part of The Trust Project

The Mount Kisco Masonic Lodge took a step back into history last Friday.

Lodge brothers opened a time capsule that had been placed behind the cornerstone of the 1931 building on Carpenter Avenue, which has served as the local chapter’s headquarters, or temple, and meeting space.

“The reason why we’re opening it, quite frankly, is it’s our 150th anniversary and we feel it’s close enough and we’re excited to see the contents and see a little bit of history,” said Gordon Moccio, commander of the Mount Kisco lodge prior to a ceremony and dinner in commemoration of the milestone.

When the capsule was opened after dinner, there was a copy of the New York Herald Tribune, the Mount Kisco Recorder and a Bedford newspaper, one coin of each denomination from 1921 and commemorative stamps, including one with an image of Teddy Roosevelt. There was also a 1916 copy of the book, “The History of Kisco Lodge 1871-1916,” written by James Chapman, who was a brother at the lodge more than 100 years ago.

There were a few unidentifiable coins, which the Masons will look to investigate by coordinating an effort with the Mount Kisco Historical Society.

William Sardone, the grand master of the Free and Accepted Masons of the State of New York, said most of the lodges in New York are in the 100-year range, with the oldest dating back 288 years, back before the American Revolution. There are about 35,000 members.

Brothers at Kisco 708 Masonic Lodge, which received its charter on June 9, 1871, and was instituted on July 12 of that year, knew that in its 150th anniversary year it was scheduled to open up the time capsule that had been hidden from view for 90 years, he said.

“One of the things Masonry is steeped in is history and we know, we have minutes that go back to all of these lodges over the years and every year is another anniversary of some kind,” Sardone said.

Lodge Treasurer William Serratore said the building, constructed during the depths of the Great Depression, cost $50,000, which is the equivalent of roughly $900,000 today. The village’s population was about 2,000, but the lodge had more than 600 members.

Henry Clay Wallace, one of President Franklin D. Roosevelt’s vice presidents, was a member of the lodge and Alexander Hamilton’s great-grandson paid the local Masons a visit in 1893.

The lodge’s original home in 1871 was on the top floor of a farmhouse somewhere in the village, Moccio said. Before the current building was erected, its second home was the upper floor of the Main Street building that houses Bicycle World on the ground level, he said.

Although participation in more recent times has been diminishing, there has been a membership upswing recently in New York, Sardone said. That is also true in Westchester where the Masons in 2019 successfully bid for the College of New Rochelle campus, which is proposed to be the site of senior housing and educational efforts, he said.

In upstate Utica, the Masons operate a location where they take care of area residents’ health at its Mason Community Care of New York facility.

Then there are always the charitable events undertaken by local lodges that help communities in need.

Moccio said the 90-year-old building is showing its age and the Masons are going to have to raise funds to prevent decay, water infiltration and other problems. Despite the hurdles, Moccio said they will get the work done.

“We really owe it to the brothers who came before us,” he said. 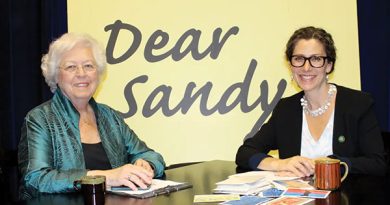 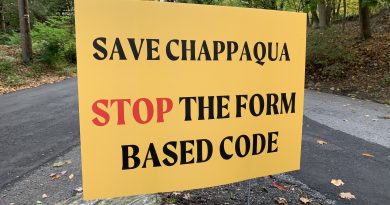