Government The Examiner
November 4, 2022 Martin Wilbur Mount Kisco
We are part of The Trust Project

Voters throughout New York State are being asked to flip over their ballots during early voting or on Election Day next Tuesday so they don’t forget to weigh in on the $4.2 million Environmental Bond Act. For voters who live in Mount Kisco, there are two additional propositions that merit voters’ attention.

The village has asked the public to decide whether the maximum Length of Service Award Program (LOSAP) benefit for members of the Mount Kisco Fire Department and the Mount Kisco Volunteer Ambulance Corps should be increased from $400 to $750 a month.

Currently, fire department members become eligible for the maximum benefit once they reach 60 years old and have at least 20 years of service where they’ve accumulated 50 service points. Points are earned by going on calls or participating in training or a variety of other tasks.

If the proposition is approved, it would take 25 years to reach the maximum threshold.

If the propositions are approved, the village will put in $30 a year for each member of both services.

David Kuritzky, president of the Union Hook & Ladder Co., said the fire department’s membership asked the LOSAP Committee several years ago whether an increase was feasible. Originally, they explored the state maximum of $1,200. However, it was later lowered to $750 when it was learned that that benefit level would not cost village taxpayers.

“It was designed for retention, recruitment and reinvigoration of our membership and to provide a thank you,” Kuritzky said.

Mayor Gina Picinich said the membership for both the fire department and the ambulance corps are completely comprised of volunteers who receive no remuneration for their efforts. The longer a member serves accumulating the requisite number of points in a year, the greater the benefit.

“They are not paid for their services,” Picinich said. “This is for the people who are literally getting up in the middle of the night to make sure that others in the community are safe.”

Picinich enlisted the Finance Committee to crunch the numbers and determine whether the village could afford to provide the higher benefits without impacting taxes. At the proposed level of funding the committee concluded that the accounts would be solvent without affecting taxes until at least 2035, assuming a 4.5 percent annual return on the account where the money is held.

Historically, the funds have earned an average of about 5.5 percent annually, she said.

In 2035, the debt for the renovated firehouses expires, so there would be some additional money that would be freed up for the village at that time, Picinich said.

As of July, there were 59 current or former fire department members receiving a benefit and four ambulance corps beneficiaries, according to Village Manager Ed Brancati.

Kuritzky said the $400 LOSAP benefit is one of the lowest in the area. Several other departments in the vicinity provide at least $600 to $800.

He said the department would be grateful for village residents to consider the proposition.

“Thank you for taking the time in turning over the ballot,” Kuritzky said. “The net costs, there will be no additional cost to provide an expansion of benefits to your volunteers that serve your community.” 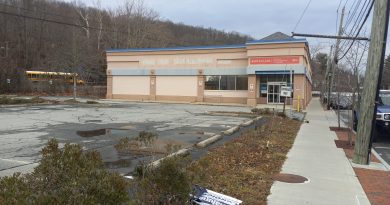 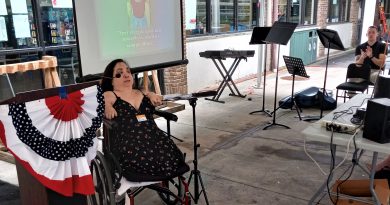