With more than 25 percent of all monkeypox cases in the United States in New York, Gov. Kathy Hochul declared a state disaster emergency last Friday in order to combat the slowly expanding virus in the state. The declaration offers healthcare providers additional tools to get more residents vaccinated. Coinciding with the emergency declaration was the federal government’s release of another 110,000 monkeypox vaccine doses to New York. The state has now received 170,000 vaccines since after the first cases were identified in New York in mid-June.

About 30,000 doses will be delivered to counties throughout the state with the remainder going to New York City.

“We need to utilize every tool in our arsenal as we respond,” Hochul said last week. “It’s especially important to recognize the ways in which this outbreak is currently having a disproportionate impact on certain at-risk groups. That’s why my team and I are working around the clock to secure more vaccines, expand testing capacity and responsibly educate the public on how to stay safe during this outbreak.”

As of Monday, the state Department of Health reported 1,573 active cases of monkeypox throughout the state, with the overwhelming majority of those cases –1,472 – in New York City. Westchester has the highest number of cases of any county in the state with 40 while Nassau and Suffolk counties are the only other counties that have reached double digits in cases, at 10 and 22, respectively.

The remaining cases are scattered around the state including Rockland County with four and Dutchess County with three cases. Putnam County has yet to record a case.

Westchester County Executive George Latimer said the county continues to hold its Monday and Wednesday monkeypox vaccinations at the County Health Department clinic at 134 Court St. in White Plains. Vaccinations are available by appointment only by calling 914-995-8500.

Westchester Medical Center is hosting a drive-through clinic at its site in Valhalla Monday through Friday. Appointments can be scheduled there by calling 914-326-2060.

Latimer stressed that if somebody may have been exposed or if you belong to a high-risk group consider getting the vaccine. Unlike COVID-19, the monkeypox vaccine can greatly reduce or even eliminate symptoms once someone has tested positive, he said.

“If you get a monkeypox vaccination, the vaccination just doesn’t lessen your experience, it can eliminate the disease in you,” Latimer said.

The encouraging news is that since the first Westchester case was identified on June 16, there have been no fatalities from the monkeypox virus in the county, and state health officials have noted that it is rarely fatal. However, the disease, which is contracted mostly through skin-to-skin contact or touching an item that came in contact with someone’s rash or lesions, is quite painful, Latimer said.

Symptoms include rashes, bumps or blisters on or around the genitals or hands, feet, chest or face. There could also be flu-like symptoms, such as fever, headache, muscle aches, chills and fatigue. These symptoms may occur before or after the rash, or not at all.

The county announced Monday that on two upcoming Thursdays, Aug. 11 and 18, the LOFT LGBTQ+ Community Center in White Plains will be hosting a clinic from 9:30 a.m. to 4:30 p.m. The vaccine will only be for those receiving a first dose of the two-dose regimen. A second dose is needed 28 days later.

The New York State Department of Health reported that 89 percent of its cases outside New York City through July 27 have been contracted by people who identify as lesbian, gay or bisexual.

While monkeypox is attracting much of the attention on health matters, at least in the metropolitan area, COVID-19 cases continue to persist. For much of the past month in Westchester, the active cases have remained between 3,000 and 3,500, Latimer said.

As of Sunday, there were 3,248 active cases in Westchester with 150 COVID-related hospitalizations. During the past week there was one fatality, bumping up the death toll since the start of the pandemic to 2,778 in the county. 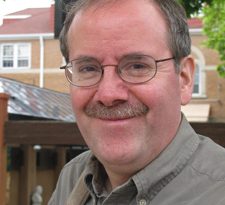