Skip to content
The Northern Westchester Examiner
September 15, 2022 Rick Pezzullo Mohegan Lake
We are part of The Trust Project

The Mohegan Volunteer Fire Association will be celebrating 100 years of service to the community with a parade to honor the fire department on Saturday, Sept. 17.

The parade, which is being held in conjunction with the 116th Annual Westchester County Volunteer Firemen’s Convention, will kick off at 3 p.m. The dress parade will feature fire departments from throughout the region.

The event starts at Van Cortlandtville Elementary School on Route 6 in Mohegan Lake and travels west. Marchers will then turn north on Westbrook Dr. and end at the Lake Mohegan Fire Department Station #4, also known as the Hollowbrook Fire Station, at the traffic circle on Westbrook Dr. and Oregon Rd.

Parade judging will be conducted throughout the parade, and trophies will be awarded two hours after the parade ends. 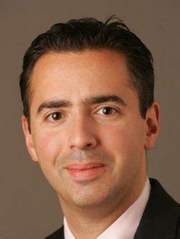