Upon its return in late July for an abbreviated 60-game sprint to the postseason, Major League Baseball just saved the day for many, not to mention its own rump. For a sport that is losing some appeal among youngsters, MLB had to salvage some form of a 2020 season, no matter the potential consequences regarding COVID-19 and its potential spikes.

Truth be told, I’m more worried about the potential consequences MLB might suffer should its players take a knee during the national anthem. That might put baseball on life support for good with its core fan base, which is an older generation steeped in patriotism. Attendance would surely sag amongst these specific fans if the flag and/or anthem is disrespected in any way for any social justice movement, and TV ratings will likely plummet, too. So MLB and Commissioner Rob Manfred is walking a fine line here. MLB is not the NFL, which would likely survive this issue. Professional baseball may not.

Can’t we come to some form of compromise on this kneeling issue so nobody’s feelings are hurt and everyone respects the issues at hand? How about a moment of silence just prior to the anthem, so that players in every sport can kneel arm in arm to protest injustices around the globe? Then, we remove our caps and rise as one brotherhood/sisterhood for the playing of our national anthem: Message received! That’s win-win, if you ask me.

We must proceed with caution here and hope like heck that one month from now we aren’t back at square one, with no baseball and the economy shut down again until Nov. 3. MLB reserves the right to make changes to the format and procedures for the season as things occur. With an ever-evolving virus, plus protests and riots likely sparking a spike in cases in cities across America, obstacles will emerge, but the fact that Mets fans get 60 games worth of 2019 Rookie of the Year Peter Alonso is the best news they’ve had all summer.

The fact that Yankee fans get a look at $36 million-man Gerrit Cole on the bump in pinstripes changes everything about the summer of 2020. Baseball fans like myself have reason to smile because there’s nothing like a nightly game or a day at the beach with a Mets/Yankees baseball game on the portable radio. (Wait, what’s a portable radio, my kids ask while streaming games off their phones?)

Since Gov. Andrew Cuomo can’t make a reasonable decision regarding the use of school facilities for the varsity and junior varsity sports programs, he’s moved the goalposts and tread upon the sports terrain, which, I reckon, opens up the door for me to have at it.

Look, nobody is denying how serious or dire the situation is regarding COVID-19 and the need to follow guidelines until we get a better hold of it. But Cuomo made a puzzling decision when he told the New York State Public High School Athletic Association’s (NYSPHSAA) school districts last Thursday to hold off on allowing off-season practices for their high school athletes on their respective campuses. They were supposed to re-open for students to train during Phase 4 on July 7.

But in response to NYSPHSAA guidelines that indicated student-athletes would be allowed to begin off-season training on campus when its region entered Phase 4 of the reopening plan, the governor now says that the authority to permit on-campus sporting events lies with his office, not NYSPHSAA.

As a result, all school-related, on-campus events are now on indefinite hold. However, in the very next breath Cuomo said schools can allow “outside groups” – like the Greater Hudson Valley Baseball League, for instance, or even beer league softball – to access their fields, which is good for those groups but difficult for many to comprehend. The NYSPHSAA on Friday explained that to its many school administrators, who are miffed by the decision.

Essentially, Cuomo is okay with entrusting Uncle Louie with the keys to the kingdom, but the schools that provide certified coaches and trainers that will follow the mandated guidelines and protocols – or lose their jobs if they don’t – are prohibited from using their own facilities. “Outside teams” will do what they can to comply – and I’m all for it! – but many of these volunteer coaches are shorthanded, untrained in protocol and have enough on their plate as is.

Many travel teams have already gone rogue and ignored school- and town-issued mandates against teams holding formal practices #Facts. The Putnam Valley School District was forced to park a truck on home plate of its most accessible field last week when rumors of a 10/11-U scrimmage ran rampant.

This all comes down to politics, money and insurance, if you ask me. Outside groups need to show proof of insurance at schools to compete on school fields. High school athletes are under a different insurance umbrella, state coverage, and New York State fears lawsuits if a player tests positive for COVID-19 on school grounds after receiving government approval to proceed.

Outgoing Mahopac High Athletic Director Frank Miele tweeted this: “This is unbelievable. Outside groups will not use our facilities. This gets worse not better.”

Byram Hills football Coach Doug Carpenter offered this: “So non-board of ed. approved coaches can work with athletes on school facilities, but BOE approved coaches (many of which are educators too) cannot. Huh?”

Cuomo’s decision is confusing to say the least. He is driving additional nails into the coffin for getting schools to open this September. We could wind up with a generation of depressed, addicted teens with no sports in their lives should this keep up.

NYSPHSAA Executive Director Robert Zayas thought the plan his task force had put together was well-thought out and backed by the national governing body. It provided a number of safety measures for schools, athletes and coaches to abide by, but unfortunately, we’re at the mercy of Cuomo. Maybe coaches should organize a riot prior to the start of practice, perhaps tear down the statue of Sybil Ludington to make these gatherings legal in the eyes of Cuomo.

My guess is that come Nov. 3, things will magically open up again, but even that is dependent upon the results of the 2020 presidential election. 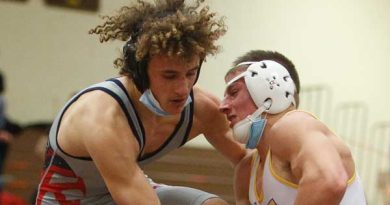 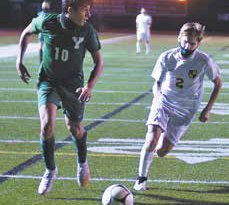