In October, Cortlandt resident Angela Outhouse was sworn in as the first female President in the 116-year history of the Westchester County Volunteer Firemen’s Association (now firefighter’s association — more on that later). A career nurse who volunteers as an EMT for both the Buchanan Fire Department and the Croton EMS, Outhouse answered the call of duty even at her swearing-in celebration when she treated an attendee who suffered a medical emergency just before the ceremony began.

We caught up with Outhouse to discuss what it’s like to be a volunteer firefighter/EMT in Westchester — and a female one at that — and what she hopes to accomplish as she assumes leadership of the organization representing more than 1,200 of the county’s volunteer first responders.

Where in Westchester did you grow up? And what did you want to do for a living when you were a kid?
I moved to Hastings-on-Hudson when I was five years old — that is where I grew up before moving to Cortlandt. I wanted to be a police officer, a nurse, and the first female baseball player on the New York Yankees! (laughs)

What’s your “day job”?
Right now, we are raising our granddaughter, who turns three years old this month. I am a retired Registered Nurse.

Stereotypically, firefighting is seen as a male-oriented field. Did you encounter any such sentiments from others along your journey to becoming a firefighter? Did such feelings ever concern you?
By the time I joined Buchanan, I was 39 years old, I joined as an associate member, and I quickly transferred over to the active list as an exterior firefighter/fire police. I wasn’t physically able to be an interior firefighter due to some injuries. The thing about the fire department is that no matter your physical ability, your mental ability, your gender, or your age, there is a job for you.

As I said, I was not the first woman to join the fire department, and this was now 2008. I was welcomed by most, and there were some old timers that I think I was able to win over. Did the idea of a good ole boys club bother me? Yes. Did it bother me that I wasn’t able to join when I was younger? Yes, but honestly, I didn’t try because I was told not to. So, I’m not sure what bothers me more — that I was told not to join or I didn’t try.

Do you have any other female firefighters/EMTs in your squad? Are there many in Westchester? Fire Departments are still male-dominated. No, there are not a lot of women compared to men, but there are more than there were. There are a handful of women in our department now — two are in the fire police with me, and another is an interior firefighter. My daughter Danielle is an EMT and also an interior firefighter. My older daughter Melissa joined as an associate member. As far as Hastings Fire Department, times have changed. There are several women in the fire department now.

What’s the most rewarding aspect of what you do?
I enjoy helping people. It’s in my nature. It’s why I became a nurse; it’s why I wanted to join fire and EMS. There is just something walking into someone’s house and seeing the relief on their face when they see someone they know or just seeing help in general. Whether it’s an ambulance call or a fire call, the alarm sounds, and something inside just pops you into high gear…someone needs help, let’s go!

At Buchanan, it is a family affair, and that is personally rewarding. My son Michael is an EMT, a firefighter, and an officer; my daughter Danielle is a firefighter, EMT, and sergeant-at-arms; my husband is an EMT and assistant chief. He was a trustee and was the President for 17 years. My nephew is an ex-chief, and my great nephew is the captain!

It is great to have something in common that we all do together. My husband, son, and daughter are also members of Croton EMS. So, emergency services is very much something my family does together.

I enjoy the friendships I have made in various fire departments across Westchester County. There is a camaraderie in the fire department. It’s a brotherhood, a sisterhood, and a family.

As the WCVFA’s first female President, have you considered changing the organization’s name?
Done! My first goal was to change the name! I researched the process and presented it to the board, who approved it at our reorganization meeting. The name has been officially changed to the Westchester County Volunteer Firefighter’s Association.

What else is on your agenda?
My second goal was to change our website to a more user-friendly and eye-catching platform. This was approved by the board and formalized last week and went live this past Saturday. I wanted wcvfaweb.org to be a place for firefighters to go to learn about our association — to see where we have been and where we are going. In the digital age, we now have an online form to join our association. Departments can now submit their members for awards at our conventions now online, and we now have a “donate now” button to make it easier to donate. Another goal is to [create] PayPal and Venmo [accounts] to make donating easier. We will be working on putting together a golf outing, which I hope to be the first of many to fundraise.

Through fundraising and donations, we will be able to sponsor training events for fire departments in Westchester County, continue to support the Firemen’s Home in Hudson, New York, and work on ideas to recruit and retain members. I hope that being the first female President of the Westchester County Volunteer Firefighter’s Association will encourage more women to not only join the fire department but to strive for positions of leadership, as well.

In addition to that, one of my focuses is on the mental health of first responders. This is not anything we have ever addressed in our county association, but I would like to see that change. Firefighters, EMTs, emergency service dispatchers, etc., die more by suicide than by line-of-duty deaths. It is unnatural to experience traumatic events on a regular basis, and the incidences of mental health issues in first responders are high and have recently been studied.

I researched and looked for legislation on providing peer support programs for first responders and presented [a proposal] this past weekend to the Hudson Valley Firefighter’s Association’s Legislative Committee for submission to FASNY (Firefighters Association of the State of New York) to be on their [legislative] scorecard. Broken ankle and all, I dragged myself around because it was important to me to be able to present this personally, explain it, and answer questions about it. It was voted on by the body to be included, but, unfortunately, the sponsor of the bill [in the state Senate] just lost her election, so we are going to have to find a new sponsor for it.

Anything you’d care to share about your personal life? I am married to the love of my life and my rock, Robert Outhouse. We have a blended family of six children. My children and my grandchildren are my pride and joy, and I enjoy spending time with them. We are raising one of our five grandchildren, a granddaughter who will be three at the end of this month, and although it was an unexpected and drastic change in our busy lives, we adore her. And we are animal lovers — our family includes four dogs and three cats.

North Castle Town Board to Vote on Brynwood Zoning Change 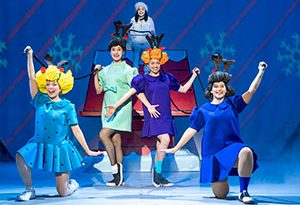