A year after coming up short in her bid for New Castle supervisor, Democrat Holly McCall decisively won her race last week for the three-year unexpired term for a seat on the Town Board.

McCall defeated Unite New Castle candidate and current Councilman Christian Hildenbrand, 4,573-2,844. It won’t change the balance of power on the board as Unite New Castle will still hold three of the five seats next year, but the result gives the Democrats a second seat on the board in 2023. The other four board positions will be on the ballot next year. Both candidates are registered Democrats.

“We ran a campaign that was positive and focused on future planning and accountability, and I think that message really resonated,” McCall said last Friday.

It had been known that there would be a special election once Election Day 2021 was over and Unite New Castle swept all four seats on the ballot. Hildenbrand, who had campaigned with the slate after Andrea Sanseverino Galan announced about two months before last year’s election that she was moving from town, was appointed by the remaining majority in January. He will serve for the remainder of the year before McCall is sworn in.

McCall said a compilation of factors influenced her victory. A much larger turnout in a gubernatorial and congressional mid-term election compared to off-year contests helped her as the Democratic Committee nominee in a town where the party enjoys a sizeable registration advantage.

But with two of the four candidates on last year’s victorious Unite New Castle’s ticket having resigned from their seats and the manner in which former councilwoman Tara Kassal’s seat was hurriedly filled last month did not sit well with portions of the electorate, McCall said.

“I definitely think that was not unnoticed by a lot of people,” she said. “A lot of voters came up and talked to me about how it felt that things were happening behind closed doors without the transparency and the openness that they expect from their leaders.”

Hildenbrand declined to analyze the reasons behind his defeat but was pleased he participated in the process and made the decision to become active last year to oppose the controversial Form Based Code. He said he enjoyed his time on the board, helping to set the town on a solid path forward.

“I’m happy with what we’ve accomplished this year, and I’m happy that the Form Based Code, I think everyone agrees, is, quote, dead,” Hildenbrand said. “It still doesn’t mean that development is still not very much in play. I think that people with the right attitude about that, I hope, continue to serve on the board. I think that’s an important piece about the future of our town, but at least that particular policy won’t be resuscitated.”

He said he has no intention of running for office again.

McCall, a former Chappaqua Board of Education member, said despite potential disagreements, she hopes that there will be less animus and more cooperation next year on the Town Board.

“I’d like to think that my presence on the board as well as my history of working with (Councilwoman) Vicky Tipp on the school board will help to foster a more collaborative environment on the Town Board and hopefully get to a point where there’s a little less tension in some of the discussions and a little bit more collaboration,” she said.

In another vote of local interest, Mount Kisco voters overwhelmingly approved an increase in the maximum Length of Service Award Program (LOSAP) benefits from $400 to $750 a month for members of the volunteer fire department and ambulance corps.

In separate propositions, 88 percent of voters approved the increase for eligible firefighters and 86 percent did the same for the eligible ambulance corps members.

The program, which is used as an incentive to attract and retain members, provides a $30 benefit for every year that a volunteer earns at least 50 service points once they reach 60 years old. Service points are earned by answering calls, attending meetings and training and taking on other responsibilities.

The Mount Kisco LOSAP benefits had lagged most area volunteer departments by several hundred dollars. The current state maximum is $1,200 a month.

The village’s Finance Committee found that a $750 maximum benefit would have no impact on taxes until 2035 based on money that is in accounts dedicated to each entity’s program and an average annual rate of return of 4.5 percent. After 2035, the debt on the firehouse renovations will expire, potentially freeing up more money, if needed.

In an uncontested election, Deputy Mayor Lisa Abzun won her first full term on the Village Board and Trustee Karen Schleimer will serve a sixth two-year term. Abzun was appointed last December after former Trustee Anthony Markus won a seat as village justice. 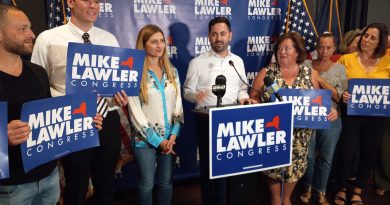 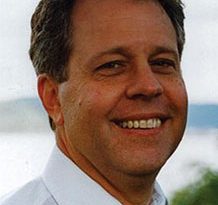 Abinanti to Run for Seventh Term in Assembly