Skip to content
The Northern Westchester Examiner
April 3, 2019 Rick Pezzullo
We are part of The Trust Project

An application for a zoning law amendment that would allow a homeless shelter to be located in any commercial zone in the City of Peekskill still has not been withdrawn by a non-profit organization that was seeking to relocate the Jan Peek homeless shelter from North Water Street to 851 Washington Street.

City officials confirmed the request from Caring for the Hungry and Homeless of Peekskill (CCHOP) that was made January 18 has not been officially rescinded when pressed by residents during last week’s Common Council meeting, despite CCHOP announcing three weeks ago it was abandoning plans to move the only homeless facility in northern Westchester to 851 Washington Street and was seeking an alternative location.

In a message posted on Facebook March 12, the Board of Directors of CHHOP stated it had not received the funding needed “to move the Washington Street project forward,” and thus would be turning its attention to another property in an industrial area.

“We will be reapplying for the grant but feel that we need to show good faith to the shelter as the closing date approaches,” the Board of Directors stated. “It is our belief that a location in a more isolated, industrial area, although not ideal, will be more acceptable to the community. A shift to a new site would also allow us to proceed more quickly and let us move on from our current location, which is inadequate, difficult/cost prohibitive to renovate, and lacking in long-term security.”

Meanwhile, Mayor Andre Rainey indicated last week he was aware of the new property CHHOP was considering but refused to reveal the location, instead urging residents to monitor CHHOP’s website, which makes no mention of the site being pursued.

“They’re looking elsewhere. I can only hope they will approach the community in the right way,” Rainey said. “We went through a challenge as a community. It’s never too late for unity.”

“Things should not be done in secrecy. It should be as a community,” he said. “I support the homeless. A city is only as good as the poorest person it takes care of.”

Councilwoman Vivian McKenzie agreed, saying “We need a shelter, no matter where it’s going, and do it in a manner that’s open and transparent.”

Rainey has been criticized by members of the community group Peekskill Safe & Strong, which strongly opposed the 851 location for the shelter, for signing a petition backing CCHOP’s original plans and not taking his name off it as Councilwoman Vanessa Agudelo did as it became a controversial issue for more than six months.

Lindsey Fitzgerald, one of the outspoken leaders of Peekskill Safe & Strong, said the group’s leaders are still extending an olive branch to CCHOP’s officials to work together on finding a new place for the shelter.

“This became more of an issue about transparency, open government and truth. Now is the time to start fresh and build something really great,” she said. “It would be nice to get to the root of this, which is to help people in need.”

The Jan Peek House homeless shelter has been located on North Water Street since 1988. 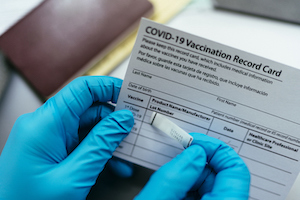 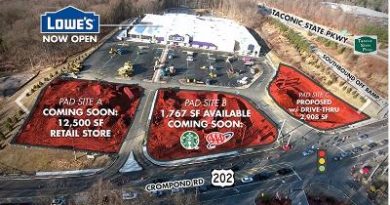