When voters head to the polls on Nov. 8, lost in the shuffle of some of the high-profile state and congressional contests may be a local race in the Town of Cortlandt where Councilman Robert Mayes and Verplanck native Warren Smith are vying for a one-year term on the Town Board.

Mayes, a fifth-generation town resident, was appointed in February to fill an empty seat created when Supervisor Dr. Richard Becker succeeded retiring Linda Puglisi. Smith, who ran unsuccessfully a year ago in his first attempt at elected office in Cortlandt, was one of 15 candidates who threw his hat in the ring to be appointed to the vacancy on the all-Democratic board.

The winner of the Nov. 8 election will serve the final year of Becker’s unexpired four-year council term. The seat will be up for grabs again next November.

“I love this town and I want to keep it as a great town to raise a family in,” Mayes said. “I think we have a great team here in Cortlandt. I find it a great environment to work in.”

Mayes, 42, an attorney working at the New York State Department of Corrections and a former Westchester County assistant district attorney, served nearly two terms on the Lakeland Board of Education before joining town government.

A resident in the Crompond section of Cortlandt, he has been involved with several civic organizations, including as a coach for Cortlandt American Little League, a Cub Scout leader, a board member of the Mt. Pleasant Blythedale Foundation and a member of the Westchester Black Bar Association.

In his eight months on the Town Board, Mayes said he has taken a special interest in the town’s Recreation Department and was proud of the town preserving more than 30 acres of open space in the northern end.

He mentioned fiscal responsibility, infrastructure improvements and technology advances as three areas he plans to focus on if he is victorious. He also dismissed the notion that a board dominated by one party was undesirable.

“I have always been a big believer that local government transcends politics,” he said. “I don’t necessarily think there is a Democratic or Republican way to do it. I’m raising my young family here. Cortlandt is focused on being that kind of community. Cortlandt has been my home and hopefully will always be my home.”

Commenting on the development proposed in the Medical Oriented District (MOD), Mayes said he was keeping an open mind and listening to all stakeholders, although he feels an assisted living facility would be beneficial.

As for the quarry site in Verplanck, Mayes said he believes the indoor soccer facility “could absolutely work.”

“I would like to see that area developed,” Mayes said. “I see it not as a regional attraction, but as a local attraction.”

Smith, 59, was born and raised in Verplanck and is a 1981 Hendrick Hudson High School graduate. President of the Verplanck Residents Association and a longtime Boy Scouts leader, he is director of operations for a commercial printer in New York City.

He was involved in the effort to stop the Port Cortlandt industrial project and has been a regular attendee at town meetings in recent years.

“I got bit by the bug,” Smith said of his interest in being an elected official. “I have a hard time saying no to people if they need help. This one party doesn’t make good governance. You don’t get all different points of view. Right now, it’s all one-sided. It’s not that as one voice I’m going to move the needle, but I want to give them a different perspective.

“I am not, nor will I ever become, an average career politician. I am simply a lifelong member of our beautiful community and care deeply about it and my fellow citizens. I believe it is time to put into practice the values and the strategies that I have taught all these years.”

Smith said town officials “should have been frank from the get-go” about their preferences for the MOD, noting the town needs “wise development.”

“I believe something should be there, but you can’t do everything,” he said. “I’m not against development, but you need to take into account the neighbors around it. If it’s scaled correctly and mitigation is done for traffic, it could be a good fit.”

A member of the town’s Quarry Committee, Smith said whatever is built on the quarry property in Verplanck “could be an anchor or engine to build more business.”

“It’s something special. It’s a magical place that could be a really good draw,” Smith said of the 100-acre site. “Some of the proposals are more on target than others. The soccer project is still in play. I hope that will still happen. We have to figure out something to do with that quarry.” 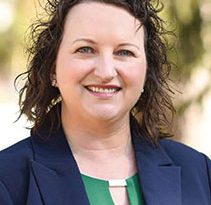