The Northern Westchester Examiner
October 3, 2022 Rick Pezzullo Peekskill
We are part of The Trust Project

A developer is proposing to build a mixture of rental apartments near Pugsley Park on North Division St. and Howard St. in Peekskill.

James Gurriero recently outlined his plans for Cornerstone Structures on the former Ral Plumbing and Heating property to the Peekskill Common Council at a work session at City Hall.

“I think we have something special,” said Gurriero, a resident of Cortlandt. “We think it’s a very exciting opportunity to revitalize that corner.”

The project entails up to 125 one, two and three-bedroom units in a six-story structure, plus 16,000 square feet of commercial space and 20,000 to 25,000 square feet of outdoor and indoor recreational space. Below-ground parking is also included.

All of the existing buildings on the slightly over one-acre site, many of which are in disrepair, will be demolished.

“It has the potential to unlock this community,” architect Joseph Thompson said.

“We’re looking to be a champion for future developments as well,” Gurriero added.

A zoning text amendment would be required to allow a mixed-use building over 40,000 square feet in a commercial zone.

Councilmembers reacted mostly favorably to the project, which is expected to increase foot traffic to nearby Pugsley Park and Monument Park.

“I’m really happy to see something like this happen in the north end of town,” Councilwoman Kathleen Talbot said. “That little stretch really needs work. I think it’s very handsome.”

“This has been an area that has been suffering for a long time. This is a beautiful piece,” said Councilman Robert Scott, who nonetheless stressed he preferred home ownership opportunities to rentals.

Gurriero said he explored the feasibility of building condominiums or townhouses but determined 195 units would be necessary to make it work financially.

Mayor Vivian McKenzie said she was concerned about the size of the proposed development.

“It is an area that we really want to see development,” she said. “It looks like a huge building dropped on a corner. My hope would be to scale it down to fit that neighborhood.” 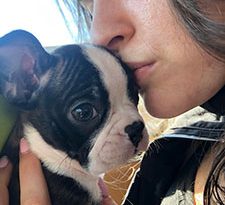