Skip to content
Business Spotlights The Northern Westchester Examiner
July 18, 2019July 19, 2019 Rick Pezzullo
We are part of The Trust Project 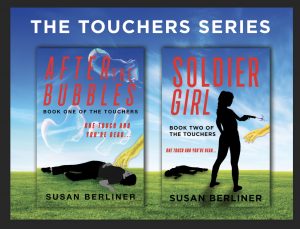 Can a former seasoned news reporter who wrote about board meetings, education and middle school science take a leap and write supernatural thrillers?

If you are writer Susan Berliner, you can. A talented writer and longtime Yorktown resident, Berliner has penned multiple novels and short stories that, over the years, has attracted a bevy of dedicated readers from children to grandparents. Berliner has just published her latest novel, “Soldier Girl,” the second book in her supernatural thriller series, “The Touchers.”

“One day when I was working at the PennySaver I checked out an interesting news story online,” Berliner recalled. “There was a tiny blurb about a mini tornado called a dust devil, which are rotating columns of wind. The story was how a dangerous dust devil killed a man in his auto shop. I expected Stephen King would surely write about it, but he didn’t.”

A door opened for Berliner and she wrote “DUST” about deadly swirls of multicolored dust.

For Berliner, news stories became a springboard for her other paranormal thrillers including “Peachwood Lake,” “The Disappearance,” “Corsonia,” and “After the Bubbles.”

“When I finished “After the Bubbles,” it was 80,000 words and I thought the story was over,” Berliner said. “But sometimes it’s the characters that write the story and I feel as if I’m transcribing what a particular character is saying. In this case, the book suddenly ended with the words ‘it was just the beginning.’ I was shocked but knew then I’d have to write a second book.”

That second book is the newly released “Soldier Girl.” From the time Berliner started “After the Bubbles” to when she completed “Soldier Girl,” eight years had gone by. During that time she wrote a collection of short stories, “The Sea Crystal and Other Weird Tales.”

Berliner, a longtime fan of fiction writers Stephen King and Dean Koontz, came to love ‘end-of-the-world’ stories. But when she wrote “The Touchers” series, she wanted it to be different.

“Most end-of the-world stories have very violent endings, whether its nuclear war, meteorites, zombie aliens,” she said. “I wanted the end-of-the-world to happen differently, so I came up with bubbles.”

Berliner said she created ‘wacky bubbles’ that fall from the sky that wouldn’t be there for long. “Because if anyone came into contact with them, they would instantly turn into monsters,” she explained. “These were now creatures who were invincible, and I had to figure out how to destroy them. It took two books to do that.”

Berliner is now working on a second volume of short stories. She and her husband, writer Larry Berliner, often team up with writer Linda Griffin when they table at public events. The three came up with the moniker YIKES! & TYKES & YUKS, which represent books by each; YIKES is for Berliner’s supernatural thrillers, TYKES is for Linda Griffin’s books for children and for her parenting books and YUKS refers to Larry Berliner’s award-winning humorous book, “You Can’t Be Serious: An inner-city teacher a-muses about school and life.”

Coming up, the three will be at the Sunset Markets, Jefferson Valley Mall on Thursday, July 25 and Thursday, August 29 from 5 p.m. – 8:30 p.m., where they will meet readers, sell and sign their books. 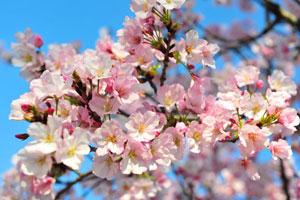 Maguire to Plead Guilty to Obstruction