The Examiner
August 17, 2022 Martin Wilbur Hawthorne
We are part of The Trust Project

When dog owners in Hawthorne are stuck at work, go away for a few days or have a medical procedure that temporarily prevents them from walking their pet, there’s one local man they turn to first.

That would be 33-year Manhattan Avenue resident Victor (Doc) Netri, a lifelong dog lover who slowly turned into the neighborhood’s designated dog walker and foster provider since shortly after the onset of COVID-19.

Netri, who along with his wife have three dogs, including two chocolate-colored labs and a black lab mix, started interacting with more of his neighbors during the first six months of the pandemic. That was especially true for Netri who had left for work in the wee hours of the morning for two jobs until his recent retirement – at the Hunts Point market in the Bronx and also as a real estate appraiser.

“I would say since the pandemic, the dog population here has probably doubled, at least doubled, since the start of COVID,” said Doc, only referred to by his nickname by neighbors. “For a long time, people wouldn’t go anywhere and then a couple of them (who) don’t walk their dogs, started walking their dogs.”

With his three dogs in tow, some residents assumed he might have been a professional dog walker.

“On any given night, we’ve had nights where there have been like 20 of them, just walking, and it’s really because we’re a big dog community,” said Netri, who along with his wife foster dogs through The Joshua Fund Dog Rescue in Jay, N.Y. near Lack Placid, where his wife, Kami, is originally from.

When society started opening up and many families weren’t at home as much, some of the area residents needed help with walking their dog or having them socialize with other pets instead of being alone for hours at a time.

Neighbors have also reached out to him to dog-sit while they go away for several days.

“I have seen people who have kenneled their dog. When the dog comes home, they’re not the same dog anymore,” said Netri, who got his nickname because two relatives who worked in a pharmacy were also named Victor. “That’s not that uncommon. Aside from getting kennel cough and other things, things happen in the kennel.”

For neighbors who have increasingly relied on Doc, his assistance has been a God-send. He fostered Kristin Turco’s now two-and-a-half-year Lab Sampson when he was a puppy.

His even-keeled nature and his love for animals shine through, Turco said, and the dogs can sense it. Whenever Sampson walks past Netri’s house, he gets excited.

“The dogs know him and love him,” Turco said. “He’s an animal lover; he’s just a good person. He’s well-known in the neighborhood. Everybody knows him and he’s just always willing to help, always happy to offer up his time.”

Another neighbor, Alexis Zerbo, said there are times when she’s delayed getting home to walk her pit bull mix Rebel and all she has to do is give him a call and Doc will walk over to her house and get him. Doc provides peace of mind knowing that she can rely on someone who is trustworthy.

“He’s such a great guy. He really puts the dogs first,” Zerbo said. “He treats all of them as if they are his own.”

Netri has a box of toys for the dogs and plays with them, along with having a backyard for them to be outside in good weather. When dog-sitting for any length of time, he makes sure the pet has its favorite food and any other necessities. He also requires the owner to provide him with their veterinarian’s contact information, just in case.

Mainly, he watches larger dogs because, generally, they are less finicky eaters.

Netri said he accepts no pay or gifts for walking or caring for a dog, not that his neighbors don’t try to offer remuneration. Sometimes he relents, particularly if he had the dog over his house for an extended stay and the owner insists.

But the benefits of caring for neighbors’ dogs and getting exercise for himself pays for itself.

“We usually walk like three times a day, which is good for me, too, no matter what, because the exercise is good,” Netri said. 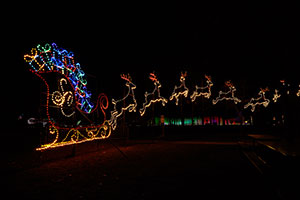