Skip to content
The Northern Westchester Examiner
January 23, 2018 Rick Pezzullo
We are part of The Trust Project

Affordable housing and rent stabilization are pressing issues in the Village of Ossining that local officials plan to tackle in 2018.

Joining them in that effort is an organization called Community Voices Heard, which held a ribbon-cutting event on January 18 to mark the opening of its new headquarters at 31 Croton Avenue. Since 2015, the group has maintained rising housing costs and luxury development have threatened the diversity and stability in Ossining.

“We were tired of deciding whether to feed our families or pay the rent,” said Sheila Vereen-Massengale, Ossining Member-Leader for Community Voices Heard. “In 2018, we plan to work together to make history in Ossining.”

The organization, which received a $25,000 grant from The Elias Foundation, is inspired by the commitment of village trustees John Codman, Quantel Bazemore and Omar Herrera, all of whom were in attendance at last week’s ceremony, to enact the Emergency Tenant Protection Act (ETPA) that would help keep stem the tide of escalating rents.

The issue will be discussed at the Village Board’s work session on Wednesday, January 24 at Village Hall.

“At the heart of diversity is the housing issue,” Bazemore said. “Ossining is really at a crossroads.”

Community Voices Heard will be using its Croton Avenue location as temporary space for tenant organizing and leadership development.

Star of Bethlehem Baptist Church Pastor Shaun Ellison Jones was one of several religious leaders who lent their support to the group and its mission. 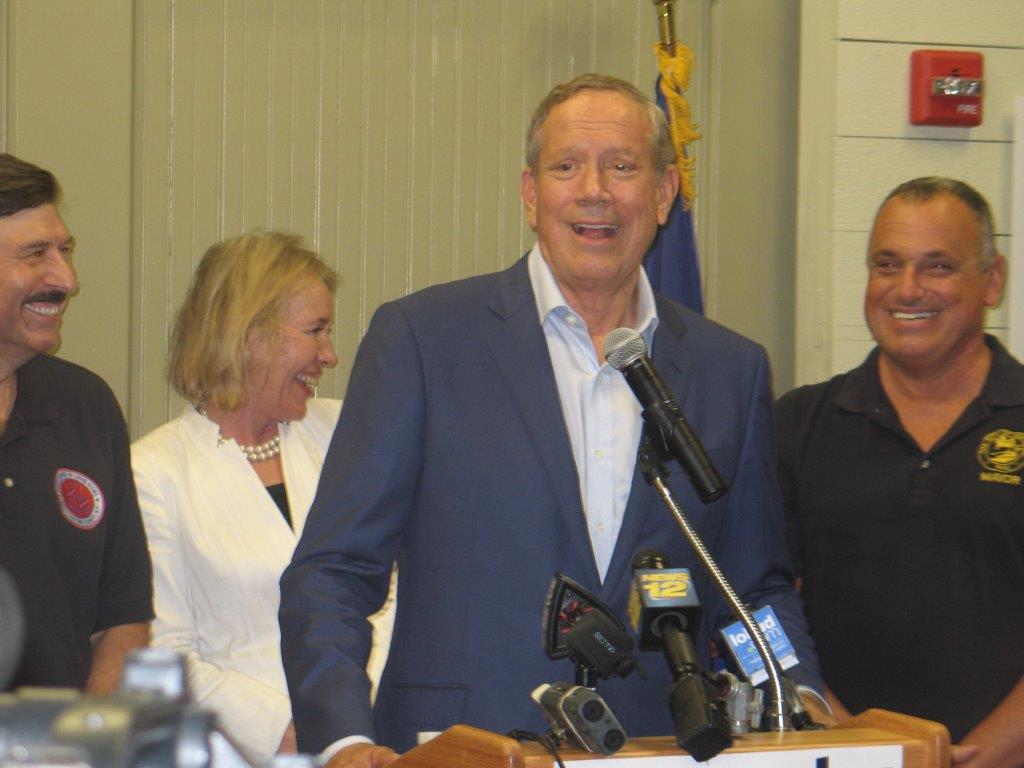