Skip to content
The Examiner
August 30, 2019 Martin Wilbur 282 Views 3 min read
We are part of The Trust Project

Whenever emerging country music star Jessica Lynn comes home from one of her tours, she enjoys performing a concert in front of a local crowd.

Lynn, who calls Yorktown home, will be the final concert of the summer this Saturday evening at Playland’s Music Town Theater at 7 p.m.

“There’s nothing like being on stage after being away for three months and meet people there who were at my local shows before I became anything,” Lynn said earlier this summer before embarking on another European tour. “That’s the coolest thing for me, to have that support and have that support for so many years. It’s the best feeling in the world seeing all those smiling faces.”

It’s been quite a run for Lynn the past few years as she and her band, which includes her parents and husband. Her last two singles, “Crazy Idea” and “Let’s Don’t,” made the country music charts and she has been seen at country music festivals around the United States in addition to her extensive European tours.

While Lynn doesn’t have that traditional Nashville sound, her music is a bit of a hybrid of the rock ‘n’ roll that she grew up on and her rising status in the country world. While so much of popular music has become too dependent on technology rather than the musicianship, there is also no better genre to tell a story than through country music, Lynn said.

She said New York may not be a hotbed for country music, but those who enjoy listening to live music that doesn’t rely on gizmos and special effects will appreciate Saturday’s concert, even if they don’t consider themselves country music fans.

“I think that’s what stands out about country music these days. So much music is so electronic and processed and country music is real music, it’s real instruments, it’s people putting themselves on the line with real lyrics,” Lynn said. “It means something.”

Lynn, 29, a Lakeland High School and Pace University graduate, has opened for some of the biggest names in the genre, including country music staples Brad Paisely, Keith Urban, Hank Williams Jr and Loretta Lynn. On one of her European tour dates she was on the same bill as ZZ Top.

When Lynn isn’t on the road, writing songs or in the recording studio, she’s busy promoting her own career. She said she learned early on in the business that the only way to market yourself is to do it yourself. When at home, Lynn works as much as 17 hours a day.

“I don’t really think a lot of people can do that,” Lynn said. “It’s very, very hard, but when you have your successes everything is well worth it.”

She had worked in the months preceding this summer’s tour on her third PBS special that has aired in certain areas of the country. The special, which featured an acoustic version of her work, previewed much of her new music that will be released later this fall. Her previous specials on PBS aired in 2014 and 2016.

Lynn said she actually reached out to Westchester County when she learned that the 90-year-old amusement park was restarting its concert series this summer.

Admission to the concert area is covered in the park admission price; no additional concert fee is charged. Parking fees are in effect for all entertainment. 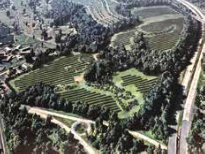 Social Media Sensation Bear 211 Dies After Being Hit By Car