Arts & Entertainment
September 29, 2022 Martin Wilbur Pleasantville
We are part of The Trust Project

Have you ever wondered how well you can sing one of your favorite songs at a crowded club or theater backed by a live band? That’s the experience that brothers Jon and Cliff Rubin and their bandmates have been giving audiences and people who hire them for private events and parties since they stumbled onto the concept in 2015 and formed CenterStage: Live Band Karaoke.

The brothers, who are also half of the local rock band Skyfactor, make people’s dreams come true. Jon and Cliff, the bass and lead guitar players, respectively, come prepared with their playlist of more than 150 songs, many of which have become karaoke favorites, such as “Piano Man,” “Highway to Hell” and the ubiquitous “Don’t Stop Believin.’”

They are joined by Brian Gelfand, an accomplished keyboard player from Tarrytown, and drummer Brian Indig who lives Hastings along with Cliff Rubin. Neither Indig nor Gelfand are part of Skyfactor.

On Saturday night CenterStage returns with its next karaoke night at Lucy’s in Pleasantville at 8 p.m.

“You’re selling the experience and the fun of it, and the people you can see, after a couple of shows of doing this, people were coming out and people were thanking us afterwards who performed or they’d say to us right as they got on stage, this is the greatest thing I ever did,” Jon Rubin said.

The first time Jon and Cliff did a karaoke was in Hastings in 2015. A venue there called Purpl was looking to put together a musical jukebox as part of the annual RiverArts music tour, which occurs annually the first weekend in June.

Armed with a playlist of about 30 songs, they jumped into “Sweet Caroline,” “Johnny B. Goode” and “Sweet Home Alabama.” The audience of about 60 people that the club loved it and they would return for RiverArts the next couple of years.

Then in 2017, Jon Rubin said they decided to have a karaoke event apart from the festival and charged admission and the audience was equally enthusiastic.

“People were staying for three, four hours because they want to know what’s going to happen next,” he said. “We were learning, it was so much fun and that was our experience in Hastings for the first few years.”

For Cliff Rubin, the unpredictability of the shows make it a blast. During one karaoke in New Jersey, the actor Molly Ringwald joined the band on stage and belted out a winning version of “Summer Nights” from “Grease.”

“So there’s a big thrill as a musician kind of going on the tightrope, of showing up to pay a gig and not having any idea what’s going to be played and how it’s going to come out,” Cliff said. “So that’s a big, fun part for the band about this project.”

Then there are the times where people freeze, forget the lyrics or simply can’t sing. When that happens, the band steps in and helps them along, Jon Rubin said. Other times, their friends or even strangers in the crowd do the same.

For CenterStage, having songs where most people are familiar with the tune is the best scenario. Jon Rubin said there may be good songs that are more obscure but the whole point of it is to have most people in the venue sing along.

It’s also helpful there are songs from more contemporary artists in their arsenal such as Justin Bieber or Ed Sheeran to help younger adults identify with what they’re playing. But many of the requests are ‘70s and ‘80s music.

“Like we say, from Van Halen to Van Morrison, from Madonna to Metallica,” Jon Rubin said.

While most requests are spur of the moment, the band has song slips at each karaoke night. By doing that, Jon Rubin said they can avoid having multiple requests of the same songs and maybe organize a duet or a group on stage.

The most requested song? It’s “Don’t Stop Believin’, a modest early 1980s hit from Journey that has exploded in popularity since being used in the final episode of “The Sopranos.”

“Here’s a chance to play all the songs we love,” Jon Rubin said. “We’re not above anything, it’s just for fun and we get to do it in a different framework.”

For this Saturday, you can visit CenterStage’s website to reserve a song request for $15. Otherwise, admission is $12. Visit www.centerstagelbk.com for more details. You must be at least 21 to attend Saturday’s karaoke night. Lucy’s is located at 446 Bedford Rd. in Pleasantville. 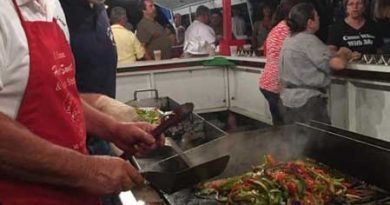 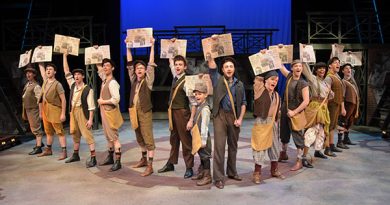 Westchester Broadway Theatre to Refund More Than $1M to Customers 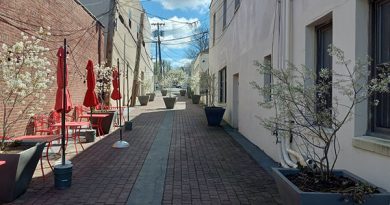