County Executive George Latimer signed an executive order Monday that prohibits the sale of county parkland larger than two acres, a move that was made possible because of the upcoming 1 percent sales tax increase.

Joined by a bipartisan group of local, county and state officials from throughout Westchester at Greenburgh Town Hall, Latimer also announced budget amendments to halt any sale of county parking lots; the transfer of $5 million to the county’s reserve fund, the first addition to that fund in recent years; and that the 2020 budget will aim to add another $10 million to the reserve fund, Latimer said. Latimer proposed selling the County Center lot last year if the extra revenue didn’t come through.

Last week Gov. Andrew Cuomo signed off on authorizing the sales tax hike for Westchester from 7 3/8 percent to 8 3/8 percent effective Aug. 1. It is projected to raise about $70 million in revenue for the county for the remainder of 2019 and at least $140 million in a full year.

“As I sign this order, this states categorically that we will not use that loophole in order to work around the state legislature, that we respect the authority of the Assembly, the Senate and the governor to make decisions about parkland alienation that is what was intended in the state constitution and that is what will be the policy of Westchester County,” Latimer said.

As a result of the extra revenue, there will be a county property tax freeze for the next two years. The legislation authorizing the county to raise the will expire on Nov. 30, 2020, and can be renewed for an additional year.

Latimer said the sales tax increase isn’t a gift for the county but is revenue that critical for its own solvency and to help school districts and municipalities constrained by unfunded mandates and a now permanent tax cap.

“Every village and every town that is benefiting from this action is getting something because of our agreed (upon) working together that no other town or village in this state has,” he said.

Of the $70 million that is forecast to be collected this year, 20 percent will be provided to local municipalities and 10 percent to school districts. Only the cities of Yonkers, White Plains, Mount Vernon and New Rochelle and their corresponding school districts will not share in the extra revenue because those municipalities already have an 8 3/8 percent sales tax.

Greenburgh Supervisor Paul Feiner said that the revenue is welcome, but cautioned officials against overspending.

“Westchester has the distinction of having the highest property taxes in the United States and I think this new law will help us move towards ending that unwanted distinction,” Feiner said.

Although it’s uncommon for legislators to pat themselves on the back for a tax increase, multiple levels of government worked together because the higher sales tax will benefit individual communities, said Senate Majority Leader Andrea Stewart-Cousins (D-Yonkers). State Sen. Shelley Mayer (D-Yonkers) agreed.

“It’s hard to see that an increase in sales tax is a win, but sometimes it is the most modest and progressive solution to a very difficult problem,” Mayer said.

Latimer said the sales tax increase will not impact business because it’s irrational for people to drive to Connecticut or New Jersey to buy similar products. He said internet sales are the real threat to small stores, not sales tax.

Ray Sanchez, superintendent of the Ossining School District, said that the added revenue will have a positive impact not only on the school districts but the students.

“This gives us an opportunity to address the ever-growing needs of our children within our school districts,” Sanchez said. “In the case of Ossining, we have growing enrollment and greater needs and we struggle oftentimes in trying to maintain programs that we have and certainly are always seeking ways to address and enhance some of the services we provide.”

The extra revenue will be divided based on population of each municipality and school district. 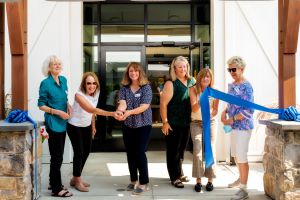