Skip to content
Politics The Examiner
November 3, 2021February 22, 2022 Martin Wilbur Westchester County
We are part of The Trust Project

Latimer declared victory and spoke to supporters at The Opus Westchester hotel in White Plains, pledging to continue fighting to improve the quality of life for the county’s residents while reaching for common ground among those who disagree.

“We here in Westchester County created a template and the template is results matter, that we don’t accept that we can’t build a New Rochelle Family Court, we don’t accept the thought that the Miller House is going to collapse,” Latimer said.

“We’re going to succeed in department after department because we believe in things to make people’s lives better,” he added.

Latimer defeated Sculti 94,833 to 58,069, according to Westchester County Board of Elections totals. Sculti, a Harrison resident, had served as former county executive Rob Astorino’s chief adviser during his eight years in office.

Tuesday’s victory for Latimer, 67, continues his streak of never having lost an election starting with his service on the Rye City Council in the 1980s. He has also served on the Board of Legislators and both houses of the state legislature before winning his first race for county executive in 2017.

Local incumbents were successful in holding onto their seats on the Board of Legislators Tuesday, although a couple of races were nail-biters for much of the evening.

Smith trailed his Republican challenger Joe Torres before pulling ahead late, 5,965-5,651, while Gashi was locked in a close battle with his opponent, Robert Brower Jr., before opening up a 7,537-6,663 lead.

Cunzio won a fourth term, easily defeating Pleasantville Village Trustee David Vinjamuri, 7,035-5,069. Borgia was successful in her try for a sixth and final term on the board, besting Charles Braue, 6,750-3,305. She will be term limited at the close of 2023.

Ten of the 17 races were uncontested. 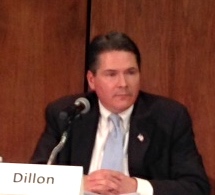