Marching 78 yards on 11 plays while using up nearly all of the game’s final seven minutes, the Yonkers Force were poised to leave the Fox Lane football team and its huge Homecoming crowd thoroughly disappointed on Saturday evening.

But with the ball resting mere inches from the goal line and just 40 seconds left on the clock, the Force called one final timeout to set up what seemed an inevitable game-winning touchdown. The Bee Gees’ ‘Stayin’ Alive’ blared over the PA system as Fox fans waited anxiously to see if their team could somehow stop Yonkers for a fourth straight time inside the 5-yard line.

What the play was that Yonkers planned during the timeout will forever remain a mystery to the Fox Lane faithful because it never happened. Serendipity intervened just in time to save the Foxes as a high snap from center sent the football sailing through the waiting hands of quarterback Atticus Oelkers. In an instant, Fox Lane defensive back Luke Feingold pounced on it to preserve a 19-14 lead and assure the Foxes of their third win in four games this season.

“Oh man, it’s good,” said head coach Drew Giuliano moments after witnessing his first exhilarating finish at the helm of the Foxes. “I don’t care what the score is, how many mistakes we made. That’s good.”

The Foxes had found themselves trailing 14-7 midway through the third quarter before battling back to grab the lead. Feingold, the man of the moment in the final seconds, had been on the receiving end of a perfect strike from quarterback Eric Miller on a third-and-19 play down the left sideline that turned into a 43-yard touchdown with just under a minute remaining in the quarter.

When the point-after kick was blocked, Yonkers maintained its lead until senior running back Michael DeBono scored on a four-yard touchdown run for the Foxes with 6:45 left in the game. DeBono’s TD capped a brief four-play, 16-yard drive set up by another bad Force snap, this time one-hopping past the punter deep in Yonkers territory.

“We knew this team was gonna be tough,” said Giuliano. “People think what they want about Yonkers, but we know what we saw on film, and that’s a tough school we played against. We knew they were playing hard and we knew they didn’t give a damn who we were.”

On the heels of their lopsided 34-14 win at Port Chester the week before, the Foxes began the night against the Force with the ball at their own 45-yard line following a squib kickoff. On first down, Miller connected with Pedro Silva on a 47-yard pass play to the Yonkers 8-yard line. But that’s where their opening drive stalled following back-to-back incomplete passes to Logan Matson in the end zone.

Fox Lane got the ball back with just over eight minutes left in the first quarter and proceeded to move it 53 yards in seven plays, scoring the game’s first points when Miller faked a handoff and ran in himself from a yard out. The PAT from Matthew Antolino gave the Foxes a 7-0 lead with 3:38 to go in the period.

But the Force were able to seize the lead late in the second quarter when quarterback Oelkers found Malachi Keels wide open down the field. Keels caught the ball and sped the final 35 yards untouched to the end zone to complete a 73-yard touchdown pass. Then Oelkers and Keels connected again for a two-point conversion that gave Yonkers an 8-7 edge.

The Foxes threatened in the final minutes of the second quarter, but Miller lost the ball on a fumble after a five-yard run to the Yonkers 6-yard line with 46 seconds remaining and the Homecoming halftime festivities began with Fox Lane trailing by a point.

“Yeah, we definitely had opportunities to put it away early and we didn’t capitalize,” said Giuliano. “We continue to struggle holding onto the ball. That’s always scary. It’s stuff we’ve got to work on.”

Yonkers opened the second half with a 10-play, 80-yard drive that ended with Oelkers, on fourth down at the 1-yard line, easily trotting to his right for a touchdown. The two-point pass try failed, so the Force had to settle for a 14-7 advantage with 6:06 left in the third quarter.

Fox Lane’s immediate response was an eight-play, 64-yard drive featuring the running of DeBono and ending with Miller’s superb pass down the left sideline to Feingold, who got behind two Force defenders and caught the ball in stride as he reached the end zone.

The fourth quarter began with the Foxes trailing by a point, but DeBono’s four-yard run up the middle finally enabled Fox Lane to overtake the Force, now 1-3 this season. Before the ensuing kickoff that would soon lead to all the late-game drama, Giuliano took his team aside and delivered a message.

“I was like, ‘Guys, we just need to be mentally prepared for any situation that’s gonna come forward,’” he said. “Everyone kind of rallied with each other and it showed on the last play when we were able to make a stop. And it was just chaos.” 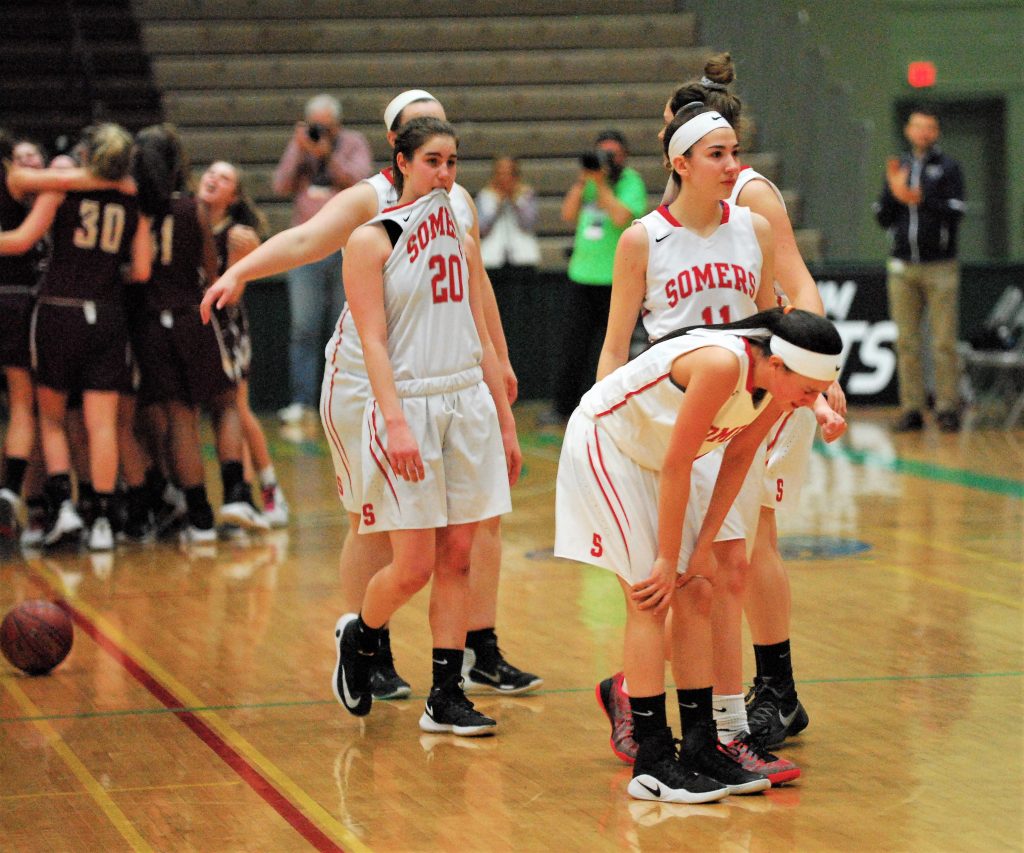 No.5 Somers Meets Its Match in NYS Semis 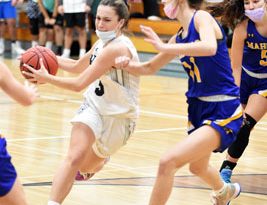