After losing to Briarcliff twice in 10 days back in January, the Valhalla Vikings arrived in Bear territory on Friday afternoon hoping the third time would be the charm.

And it nearly was.

It took Jayden Larregue’s coast-to-coast foray down the court for a dazzling lefty shot off glass with just 6.9 seconds remaining to provide the winning margin for second-seeded Briarcliff in a 70-69 victory over Valhalla in a thrilling Section 1, Class B quarterfinal game.

The basket by Larregue brought a disappointing end for the seventh-seeded Vikings, who had battled back from an 11-point fourth-quarter deficit. A pair of free throws by Michael Giuliano with 12.3 seconds left had given Valhalla its only lead since Basiaka Butcher opened the game with a 15-foot baseline jumper five seconds after the opening tip.

The Bears, now 15-6 and set to host third-seeded Hastings on Wednesday at 5:00, got 22 points from forward Luke McCann and 21 from Larregue. Valhalla, which finished its season with a 13-8 record, was led by Butcher’s 19 points and Devan Cooper’s 15.

A rare 4-point play by Giuliano midway through the first quarter brought the Vikings within a point, but Briarcliff then went on a 10-0 spurt to take command. Larregue’s 3-pointer from the right corner with 1:45 left in the first quarter capped off the Bear blitz, but the period ended with three straight baskets by the Vikings, two of them by Butcher, and Valhalla only trailed by a 19-14 margin heading into the second quarter.

Another trey by Giuliano early in the second period cut the Viking deficit to two points, but they could get no closer the rest of the half, which ended with McCann collecting six points in the final 30 seconds to stake Briarcliff to a 44-36 halftime advantage.

In the third quarter, the Bears opened up their largest lead of the afternoon, 50-37, when Elliot Jones passed to McCann for a layup with 4:43 remaining. But a 10-2 Valhalla run late in the quarter, highlighted by a 3-pointer from Mikaele Martinez and an old-fashion 3-point play by Julian Amorosa, brought the Vikings to within 54-53. The quarter ended with a layup by the Bears’ Saad Hussain.

The fourth quarter began with the Bears looking like they would pull away for good as Ben Siegel connected on a 3-point shot from the left corner and Evan Van Camp followed with another one from the left wing. When Larregue drove in for a lefty layup with 6:04 on the clock, Briarcliff’s lead was suddenly 64-53.

But Butcher began another Viking flurry with a layup and Giuliano’s put-back basket with 4:08 to go cut the Briarcliff lead to seven points. Back-to-back buckets by Butcher 20 seconds apart narrowed the Vikings’ deficit to 68-67 with 1:18 remaining in the game. Giuliano was fouled fighting for a rebound with 12.3 seconds left and he calmly sank both shots to give Valhalla the lead.

Unfortunately for the Vikings, they couldn’t stop Larregue on the biggest play of the day. He took an inbound pass and dribbled up the court past defenders using just his left hand. When he got to the basket, he extended his left hand out as far as he could and banked in the shot that saved the Bears.

Valhalla had one last chance, though, inbounding the ball with 3.3 seconds remaining. But the Vikings had to go the length of the court and Cooper’s desperation shot from well beyond the midcourt line wound up smacking into the ceiling, putting an end to the Vikings’ title quest. 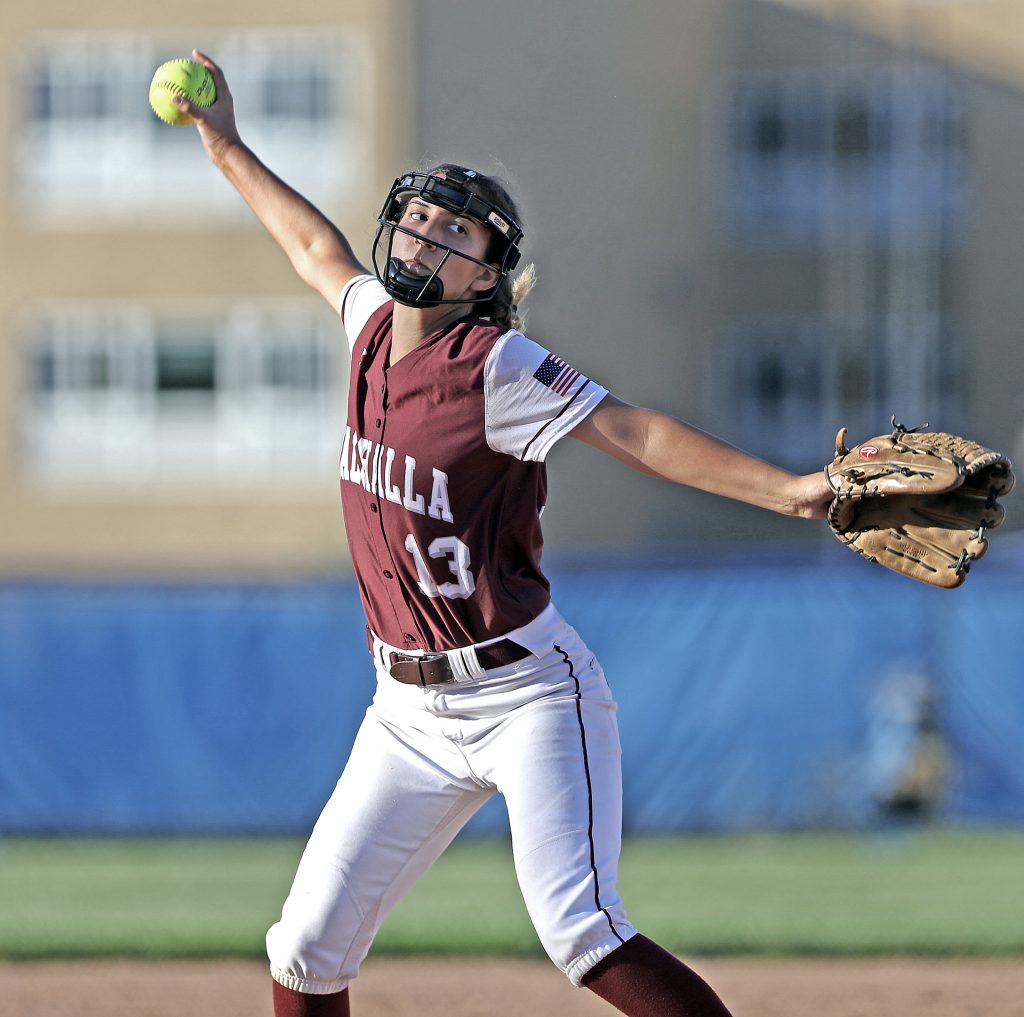 Pleasantville Earns Its First Victory With a Rout of the Bears