Editor’s Note: In the original posting of this article, the potential date for the referendum was incorrect. The correct date being considered is Dec. 6.

The Lakeland School District unveiled plans last week for an estimated $57 million capital project, which would include a $37 million referendum in December, for district-wide infrastructure improvements and state of-the-art media centers.

During the sparsely attended meeting last Tuesday at Walter Panas High School, Superintendent of Schools Dr. Karen Gagliardi said plans are in the early stages with district officials focused on engaging and educating residents on the proposed work.

District officials have labeled the project “tax-neutral” based on the 64.8 percent state aid it would receive for the projects. Of the estimated $57 million expense, $20 million would come from the district’s capital reserve fund.

Gagliardi said the July 12 public forum was to receive public feedback to help officials move forward on designing the project. The vote on the $37 million referendum is being targeted for Dec. 6.

“We’re taking everything you are saying into consideration,” Gagliardi said. “It’s important for us to hear every person that’s here.”

Myke said the state’s building aid would pay for 64.8 percent of eligible projects. “Building Aid was created to encourage the maintenance of school buildings,” she said.

When asked specifically about how the debt service would work, Myke explained that the district will borrow $37 million.

“We will have that debt service planned for a 15-year time period,” Myke said. “We will also be receiving state aid revenue at the same time to coincide with those payments. That’s how we can have a tax-neutral project.”

Since the state Education Department (SED) usually takes up to six months to review and approve capital projects, the board has decided to get a head start on informing the public early.

If the project is approved by voters on Dec. 22, the district would begin a one-year design phase to determine the final scope of the project. The expected date to put the project out to bid would be next January or February. The anticipated start of construction would be March 2024 with the target date for completion in 2026.

But parent Marc Gawron objected to that claim.

“I have a 17-year commitment to this school district,” Gawron said. “My concern is this project is not student-centered. The fire alarms and HVAC systems is where the money is really going to be spent. It’s just putting band-aids on things.”

Gawron pointed out that newly-certified STEAM teachers would not be available when the district is ready to hire them.

“That’s a huge component of STEAM,” he said. “How can we move forward on this if you don’t even have the staff?”

“Other districts have either improved or expanded a building or they shrink or close other buildings,” Gawron contended. “How about starting from scratch with a brand-new building and enhancing and expanding the classroom sizes to get more kids in?”

Another parent, Vinnie Camera, who has three children in the district, wanted to know more about the STEAM program.

“Does STEAM change the curriculum that is going to be taught to the students and bring in Critical Race Theory?” he asked.

Gagliardi said the STEAM curriculum has not yet been designed.

“We are in the process of exploring what that would look like,” Gagliardi responded. “We have had a STEAM project in the district for the last five years in a very different format.”

She also emphasized that STEAM aims to teach students about the design-thinking process using a problem-based learning approach.

“We are in the planning stages (of designing STEAM curriculum) but we’re not there just yet,” Gagliardi said.

A second public forum is scheduled for Thursday, Sept. 8 at Lakeland High School. The forum will be live-streamed on LocalLive.tv.

Yorktown Strikes $2.1M Deal with Pipeline Co. for Land Use 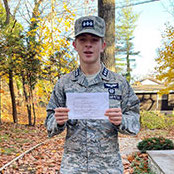 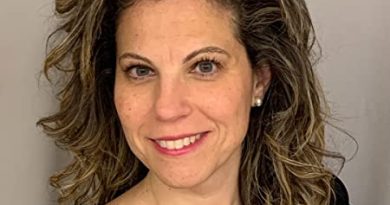 Anxious That High School is Over? Teacher Writes Book on Life Ahead