Skip to content
The Northern Westchester Examiner
January 25, 2019 Rick Pezzullo 505 Views 1 min read
We are part of The Trust Project

Improvements to athletics fields and other playing surfaces at Lakeland and Walter Panas high schools are being planned over the next two years.

Superintendent of Schools Dr. George Stone said funding for the upgrades at Lakeland High, which include adding synthetic turf to the existing baseball and softball fields, are already covered in the current 2018-19 budget. Total cost for all improvements at Lakeland is projected at $5.96 million, but the district will only have to cover $2.38 million due to state aid reimbursements.

“This is a complex project,” Stone said. “We’re not shortchanging any other areas to complete these projects.”

Stone said Lakeland facilities, plagued by drainage issues, were in need of “significant and immediate improvements,” emphasizing the tennis courts were “unsafe and unusable.” He said the decision to switch to synthetic turf was made after district officials consulted with three engineering firms and determined changing the playing field surface was favored for safety, expanded utilization and reduced maintenance.

Construction at Lakeland High is expected to begin in March and be completed by November. In the spring, the Lakeland High baseball team will play its home games at the new Granite Knolls sports complex on Stony Street in Yorktown. The softball team will pay at the district’s Administration Building in Shrub Oak.

At Walter Panas, the baseball field will also be changed to synthetic turf. Meanwhile, a new softball field will be constructed on the existing field that’s used for football and soccer games. The current softball field, which does not meet field size regulations in right field, will be transformed into a parking lot.

The work at Panas is expected to begin in March 2020 and take about nine months to complete. Funding for those improvements, estimated at $4.5 million before state aid reimbursements, will be included in the 2019-20 budget that voters will be presented with in May. 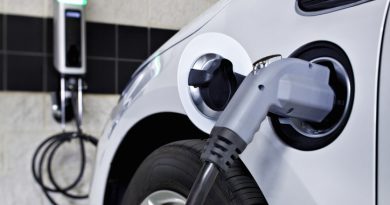