Rosa Carra and Rosalie Fierro seemed to be perfectly suited to helping children learn their way around the kitchen.

Carra had been a teacher at St. Ann’s School in Ossining while Fierro ran the lunch program locally at Holy Rosary. Both came from families that loved to cook growing up, which has continued through their adult lives. Carra has one daughter while Fierro has four children and one grandchild with another on the way.

“I come from an Italian family and I’ve cooked all my life,” Fierro said.

After the Thornwood neighbors, both of whom grew up in the Bronx, discovered their similarities, including their love for cooking, they began kicking around the idea of leading a class. They approached the Town of Mount Pleasant about introducing cooking classes for children ranging from preschool through fifth grade.

About 12 years they teamed up and now offer a series of eight-week sessions at the Town Hall Tower Room in Valhalla. The fall session starts on Sept. 15.

“It’s hands on,” said Carra, who is the head chef of the class and is accompanied by Fierro, who serves as her assistant. “We make it hands on. That’s what makes it different because we allow them to do it.”

Depending on the age group, the weekly 90-minute sessions might focus on how to make pizza or pancakes or pasta, staples that most children have eaten at home with their families. They have even produced homemade spaghetti. In fact, Carra has a thick stack of recipes that she has accumulated over the years that work well in the classes.

When each class is finished, Carra and Fierro provide their students with a copy of that week’s recipe. Not only does the class introduce young children to an important life skill, they learn a fun and sociable activity as well.

“Remember, they’re excited. This is hands on. This is something they don’t do,” Fierro said. “Remember, we’re in an age of technology and everybody is on a video game or whatever they’re doing. This is really like a new interest.”

Perhaps surprisingly to some, there is a fairly close split between girls and boys. Carra believes that the popularity of cooking shows, which many parents watch, may be rubbing off on today’s children. They said it’s gratifying to hear when parents return to tell them that their children want to cook or to help them in the kitchen.

Their classes have also become popular in a few neighboring communities. While they have offered them in Mount Pleasant for the past decade, they also offer them at the Purchase Children’s Center and in Ardsley and Irvington. Previously, they had also scheduled classes for the Town of Bedford and White Plains.

Carra and Fierro said they’ve been fortunate that they’ve been able to do something they love and bring that joy to children.

For more information about the classes and to register, contact the Mount Pleasant Recreation Department at 914-742-2310 or visit www.MtPleasantNY.com/rec. Non-residents are also invited to sign up but would pay a higher fee. 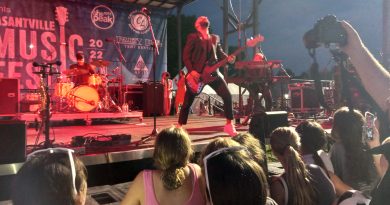