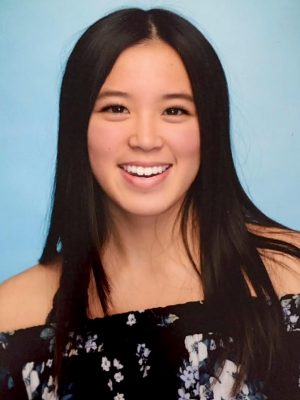 News of Lawrence (Larry) Ray’s arrest recently broke following the federal investigation into claims of a cult that originated at Sarah Lawrence College in Bronxville.

Ray, the father of a former student, could face life in jail if convicted of the nine charges against him, which include sex trafficking, money laundering and extortion.

According to several reports, Ray moved into on-campus housing with his daughter and several of her roommates in 2010, later convincing them to live with him in his apartment on the Upper East Side. Presenting himself as a “fatherly figure,” he took advantage of their vulnerability and subjected them to years of psychological manipulation, as well as physical and emotional abuse.

According to New York Magazine’s “The Stolen Kids of Sarah Lawrence,” which was the first to break the story last year, Ray offered “therapy” sessions to the students, forcing them to reveal intimate secrets about their personal lives and claimed he could help them. After earning their trust and conditioning their minds to his philosophies, he alienated them from their families and falsely accused them of damaging his property, extracting almost a million dollars over the course of eight years from the five victims.

When I first read this account, I was shocked and deeply disturbed. As a member of my high school’s swim team, I had practiced at Sarah Lawrence and competed in their pool. While you hear about the epidemic of sex trafficking in other countries, it’s unsettling to think something like this could happen so close to home.

With senior year coming to an end and college in the near future, students and parents are beginning to discuss safety concerns on university campuses. Of course, with this particular case in the headlines recently, those conversations have only intensified. As I learned more of the years of abuse and torment inflicted on his victims, I wondered how Ray could get away with it for nearly a decade.

Sarah Lawrence College President Cristle Collins Judd addressed this question in a letter to the campus community, revealing that “college officials at the time didn’t know” what was transpiring.

Her answer isn’t good enough. Not to the parents of current college students. Not to the families of the victims whose lives were destroyed. And certainly not to an 18-year-old girl preparing to leave home and entrust a new school with her safety. How could the Sarah Lawrence administration not know? What are they, and universities as a whole, going to do to prevent similar events in the future? What can we do as a community?

First, while it’s unrealistic for college administrators to know everything that happens on their campuses at all times, it’s reasonable to expect them to enact appropriate housing policies and strictly adhere to them. According to a recently published article by Lohud, “students are limited to no more than three consecutive nights” at Iona College in nearby New Rochelle. Further, at Pace University in Pleasantville, “student spaces are inspected throughout the semester to ensure that they aren’t in violation of guest policies.” The adoption of similar regulations across all college campuses may help to achieve a balance between hospitality and student safety.

Second, it’s important to keep the conversation going. The talks we have now in anticipation of leaving for college shouldn’t cease once we reach campus. Ray was able to take advantage of his victims because they were in need of guidance as they struggled with mental health issues and other relationship problems. To protect young individuals from falling prey to this, it’s crucial that schools provide a 24/7 support system, educate students on the signs of abusive behavior and try to keep the communication open.

Ray’s actions were sickening, and his case, unfortunately, exemplifies how the justice system can’t always make up for someone’s immorality. While he may be sentenced to life in prison, his victims and their families will never fully recover from the pain they’ve had to endure for nearly a decade.

However, if we work together, we can take this case as a lesson and move in the direction of safer communities for all.

Ellie Dessart is a senior at Bronxville High School. Her monthly column “Inside the Mind of a Teen” examines and addresses the issues pertaining to teenagers at both the local and global level.